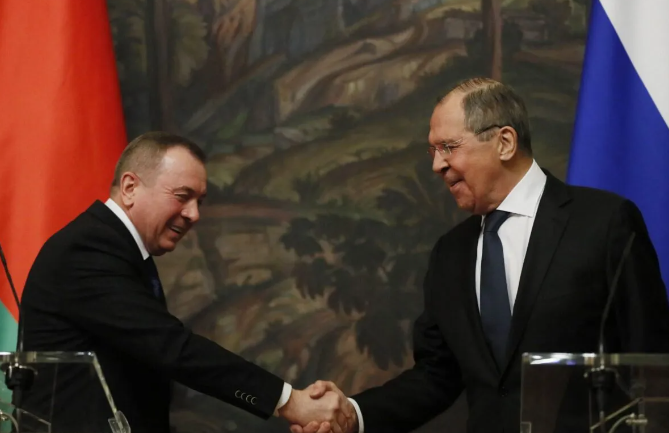 According to the Belarusian state-owned media, Foreign Minister of Belarus Vladimir Makei died today at 64.

The statement below is the official announcement from the Belarusian Telegraph Agency explaining his biography: “Vladimir Vladimirovich Makei was born in 1958 in the Grodno region.

In 1980 he graduated from the Minsk State Pedagogical Institute of Foreign Languages, in 1993 – the Diplomatic Academy of the Austrian Ministry of Foreign Affairs.

Since August 22, 2012, Vladimir Makei has been the Minister of Foreign Affairs of Belarus. He had the diplomatic rank of Ambassador Extraordinary and Plenipotentiary.”

However, his role as Foreign Minister has been viewed as an unequivocal buoy to President Lukashenko,  especially during the 2020 elections and suppressed protests. During the early days of the protests,  Makei said at the Ministry of Foreign Affairs meeting that everyone who disagreed with the state policy should leave the ministry. He also forbade the staff to participate in the protest activity.

According to Pavel Latusko, former  Belarusian ambassador to France and Poland, Makei seemed willing to negotiate wit the West and improve relations until the 2020 elections, when he made a complete about-face in foreign policy and aligned deeper with the Russian Federation. He also accused the protests of being “Western-backed”.

His death was completely unexpected as he was supposed to meet Russian Foreign Minister Lavrov on Monday. This sudden and unexplained passing has already prompted the Russian Federation and Self-Declared Donetsk People’s Republic to issue statements mourning his death.

With deep sadness I received the news of @BelarusMFA head Vladimir Makei's passing.
I will remember him as a good diplomat, a friend, colleague and a partner who incesantly worked on strengthening our ties.
My sincere condolences to his family, friends & colleagues -DPM/FM Dacic pic.twitter.com/6jWjHBfuUj