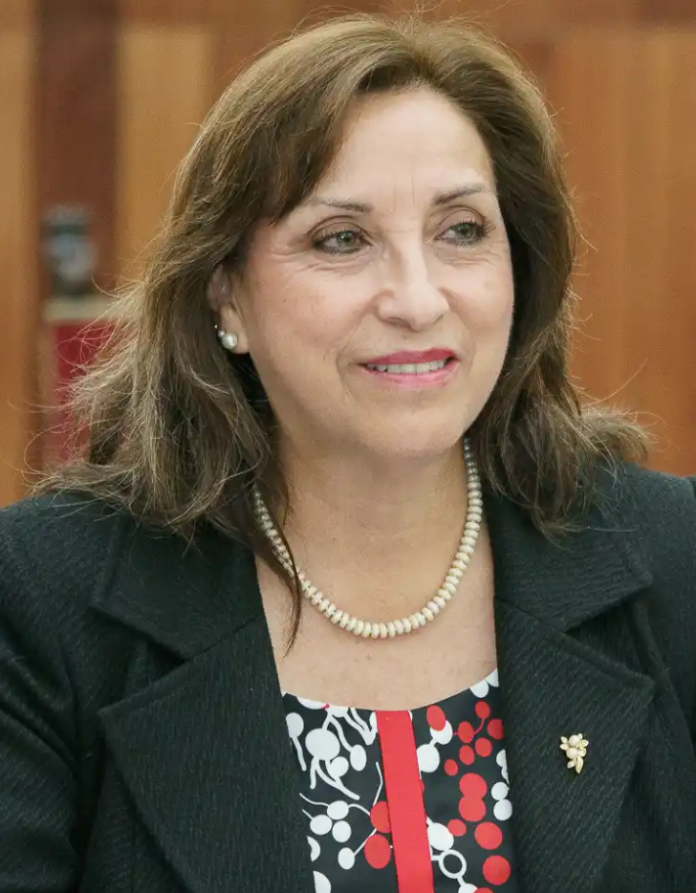 As this publication previously reported, Peruvian President Castillo had been detained and arrested by National Police in Lima after attempting to dissolve the Congress and enact martial law in order to stave off a third impeachment attempt. Members of his own security detail reportedly turned him into national police.

Castillo and his family were reportedly on their way to the Mexican Embassy in Lima after reports began circulating of the Mexican Morena party’s support, reportedly saying “neoliberal aggression once again expresses itself against a progressive people like that of Peru.”

At 1432 EST, the Peruvian Congress adopted a resolution impeaching Castillo with 101/80 needed votes, and declared his “permanent moral incapacity.” Immediately following the resolution, Vice President Dina Ercilia Boluarte Zegarra was transported to the Capitol and sworn in as the President of Peru where she condemned the moves by Castillo as a “breakdown of the constitutional order.” The Peruvian Attorney General has brought up charges against Castillo, however they have not been disclosed. The impeachment order by the Congress of Peru reads below: 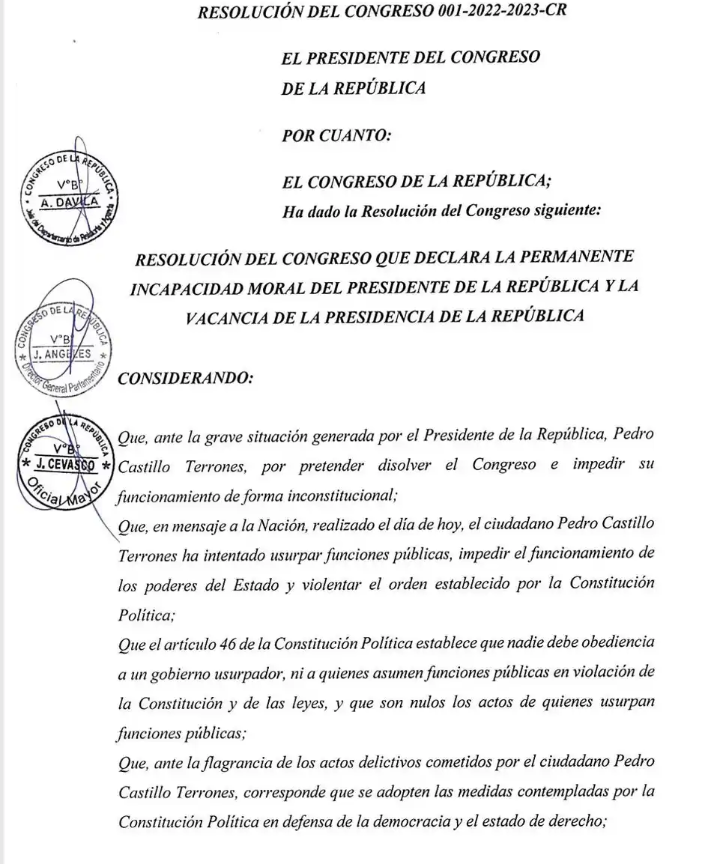 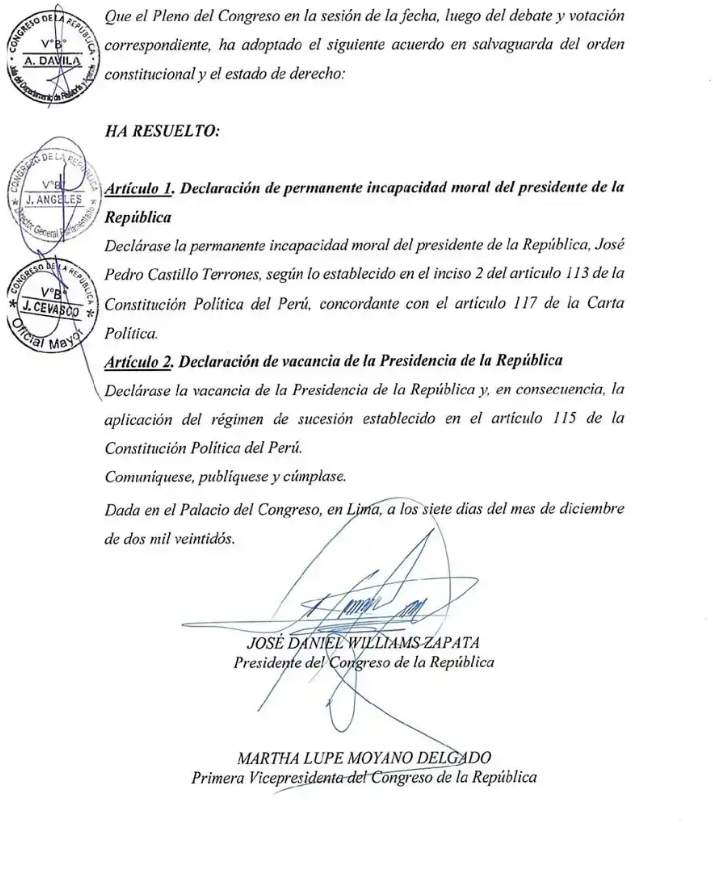 However, the longevity of the Boluarte government is in dire straits considering the Ministers of Defense, Culture,  Environment, Transport, Justice have all resigned. Prime Minister Vasquez has also resigned. The Peruvian Ambassador to the UN has also resigned along with Superintendent of the Peru Stock Exchange. Earlier concerns of military and national police support to Castillo’s attempted power grab were assuaged when both departments officially stated they would not support the decision to dissolve Congress. 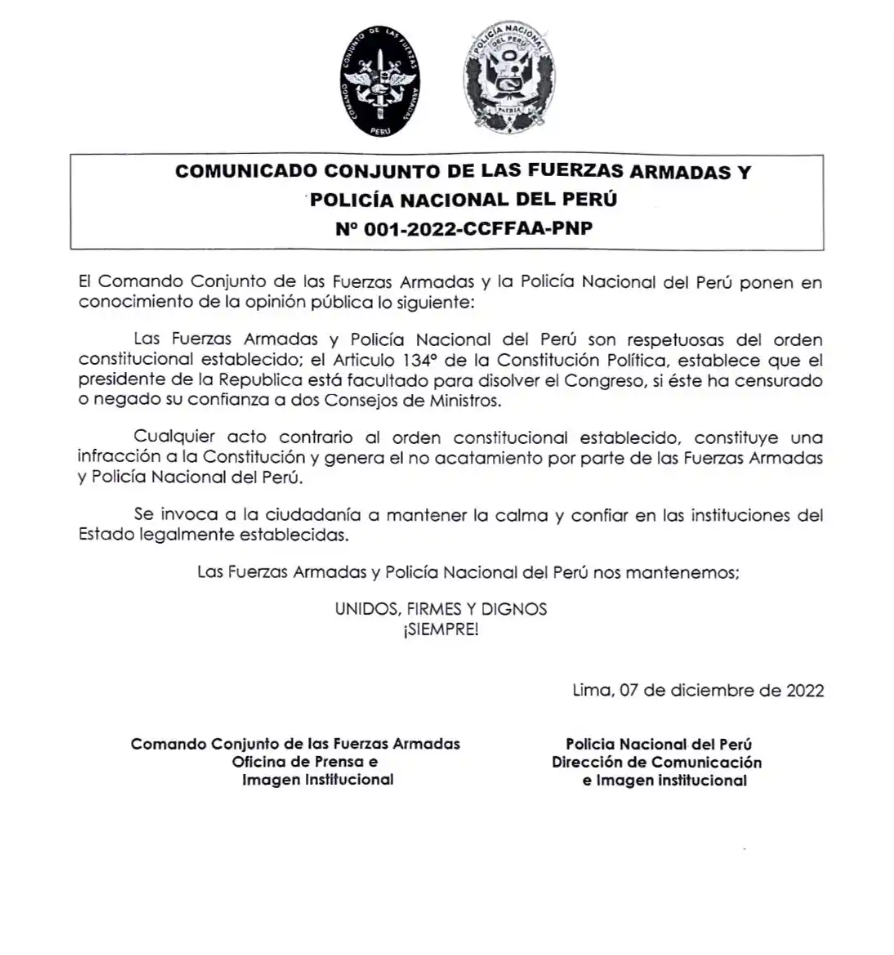 Their support will be needed, as it seems protests have already broken out directly outside the National Police station where Castillo is reportedly being held. Currently, the Peruvian military leadership is attending the swearing in ceremony of Boluarte at the Legilstaive Palace.