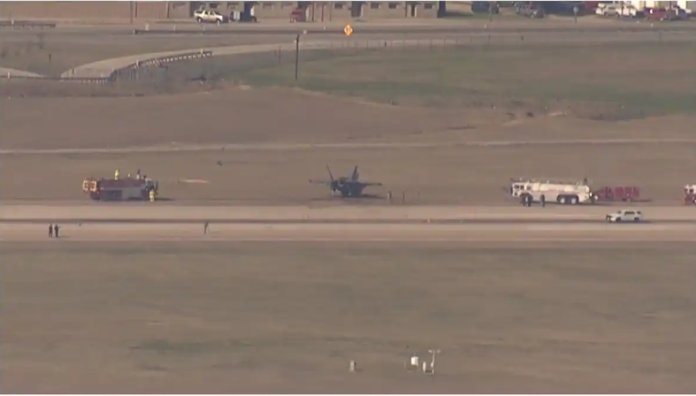 At approximately 1157 EST, reports began to emerge of an American F-35 crash at the Forth Worth Naval Air Station Joint Reserve Base near the Lockheed Martin Facility in White Settlement, Texas.

Local media initially reported that the pilot had ejected during a failed takeoff or landing at the NAS. The condition of the pilot is currently unknown.

None of the U.S. Navy, Air Force, Army, or Marine Corps Units at the base operate the F-35, with most of them being reserve squadrons. However, Lockheed Martin, who manufactures the F-35 does share multiple runways with the base near the facility. So it is possible this incident involved a Lockheed Martin aircraft.

The old United States Air Force Plant 4 was converted and sold by General Dynamics to Lockheed in the 80s, who then began manufacturing the F-16 en masse. This facility has been a mainstay of U.S. air power manufacturing since WW2.