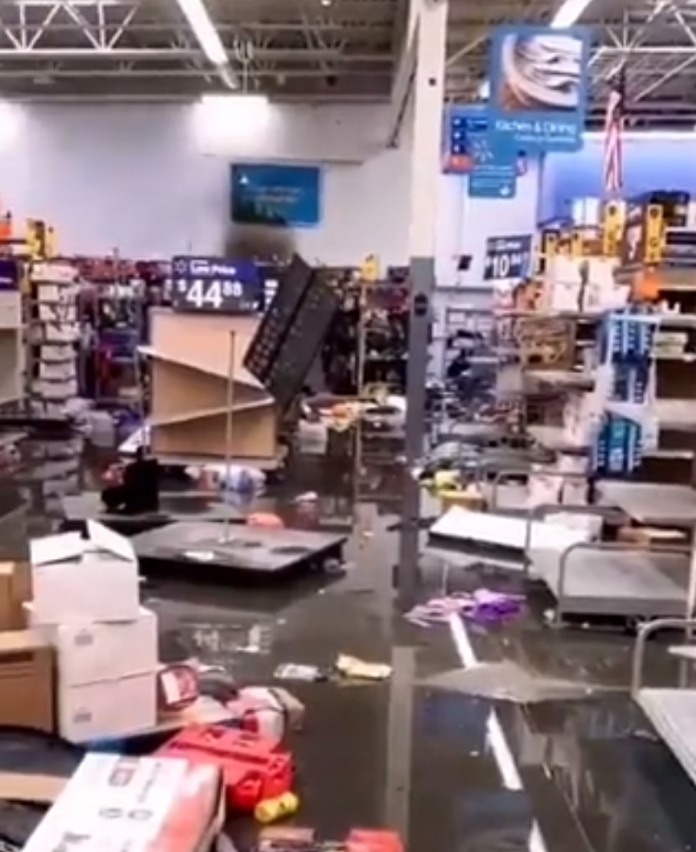 Update (0053 EST): Video has emerged of individuals firing at looters in the area of 2600 block of Bailey Avenue in Buffalo, NY.

Meanwhile, in the City of Buffalo… pic.twitter.com/8Co5PdLVPi

However, in the last 30 minutes, social media users have claimed that vigilantes have been firing on looters. In multiple Facebook posts, users reported that “women are trying to rob the Arabian weave store, and they are getting shot at…”

Another woman claimed that “white boys dressed in… big hats…” were aiming guns at looters and firing at her.

The only reported location of these shootings was Walden Avenue in Buffalo. However, emergency services have not been dispatched to the area for gunshot wound victims. It appears that, as of this post, looting is ongoing at several stores in Buffalo.

Looting across Buffalo, New York, here is a local family dollar store. Impacts from the blizzard has crippled the area.