Ukraine Calls for Removal of Russia from United Nations

Ukraine Calls for Removal of Russia from United Nations 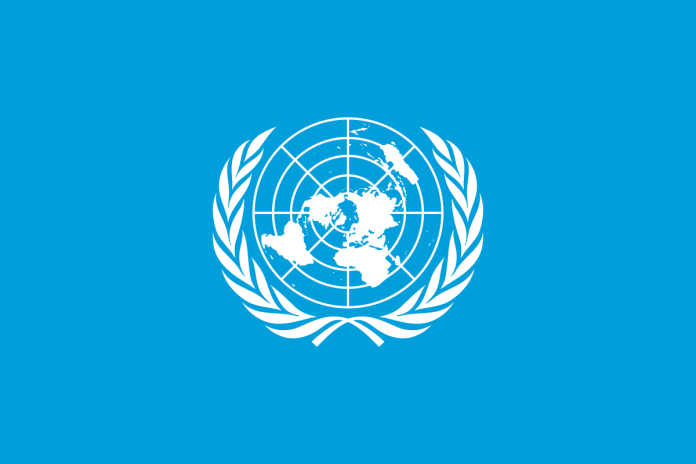 At approximately 0300 EST, Ukrainian Foreign Minister Kuleba told press that Ukraine was to raise the subject of Russian removal from the United Nations. At 0850 EST, the Foreign Ministry made their official request.

The request starts off with a legal argument that the Russian Federation holds no legal authority to sit on the UN Security Council after it assumed the position of the USSR:

”The Russian Federation took over the seat of a permanent member of the UN Security Council bypassing the procedures defined by the UN Charter. This happened on the basis of an ordinary letter from the President of the RSFSR Boris Yeltsin, addressed to the UN Secretary General, which was sent on December 24, 31 years ago.

The current UN Charter does not contain the words “Russian Federation”. These words are also missing from Article 23 of the UN Charter in particular, which lists the permanent members of the UN Security Council.

The legitimate procedure for the state called “Russian Federation” to become a member of the UN and take a seat among the permanent members of the Security Council was supposed to follow the steps defined by the UN Charter.”

The statement goes on to argue that Russian President Boris Yeltsin’s appeal to the UN on Russian “continuity” is a historical anomaly and a violation of the UN charter which requires new nations’ membership to be voted on by the General Assembly.

The statement then argues that the Russian Federation’s membership in the UN violates the charter concerning “peace-loving states”:

”The actions of the Russian Federation are contrary to the concept of a “peace-loving” state. Three decades of its illegal presence in the UN have been marked by wars and seizure of other countries’ territories, forceful change of internationally recognized borders, and attempts to satisfy its invasive and neo-imperial ambitions.

Ukraine is currently suffering from a full-scale invasion by the Russian Federation. This was preceded by 8 years of armed aggression against our state.”

The statement specifically references two resolutions of the UN General Assembly titled: “Territorial integrity of Ukraine” dated March 27, 2014, and “Territorial integrity of Ukraine: defending the principles of the Charter of the United Nations” dated October 12, 2022. The argument here is that the Russian Federation has been in violation of both resolutions which call on it to withdraw troops from Ukraine and halt hostilities.

The statement goes on and references other military campaigns by the Russian Federation since the early 1990s:

“It is also about the continuation of the USSR’s policy of illegal occupation of Japan’s Northern Islands, as well as fueling instability on the territory of the former USSR – Abkhazia and South Ossetia, Transnistria and Nagorno-Karabakh, manipulations on the issue of alleged discrimination of Russian-speaking populations in countries of the Baltic and Black Sea region, attempted coup d’état in Montenegro etc.

We should not forget the armed aggression of the Russian Federation against the Chechen Republic of Ichkeria, the occupation of its territories and the crime of genocide of the Chechen people, as well as the support of the criminal regime of Bashar Assad and numerous crimes against the Syrian people.

The Russian Federation has been fomenting conflicts in Africa for decades. Its actions keep destabilizing Burkina Faso, Libya, Mali, and the Central African Republic.”

Ultimately, the statement concludes with a full-throated request to remove the Russian Federation from the United Nations Security Council and General Assembly:

While Ukraine has the right to raise any resolution, they are not legally binding to member states if only passed by the General Assembly. The only way that the Russian Federation could be removed from the body is for a unanimous resolution from the Security Council, which the Russian Federation is a member. Not to mention China who would most likely not support such a measure. In fact, no mechanism was even written into the UN charter to remove a member of the Security Council, which most likely makes this request dead on arrival.