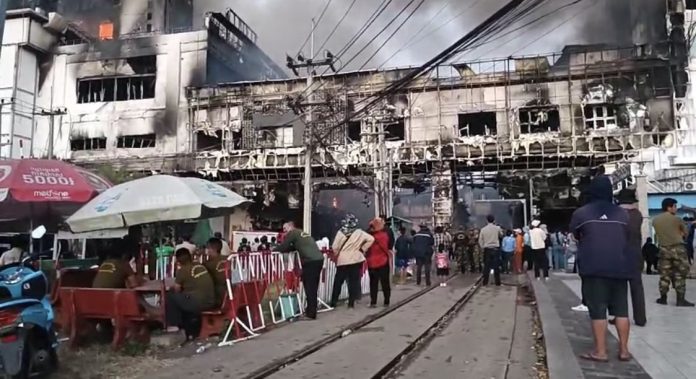 Update (2104 EST): The Grand Diamond City Hotel and Casino looks to be facing imminent collapse of the primary casino structure. 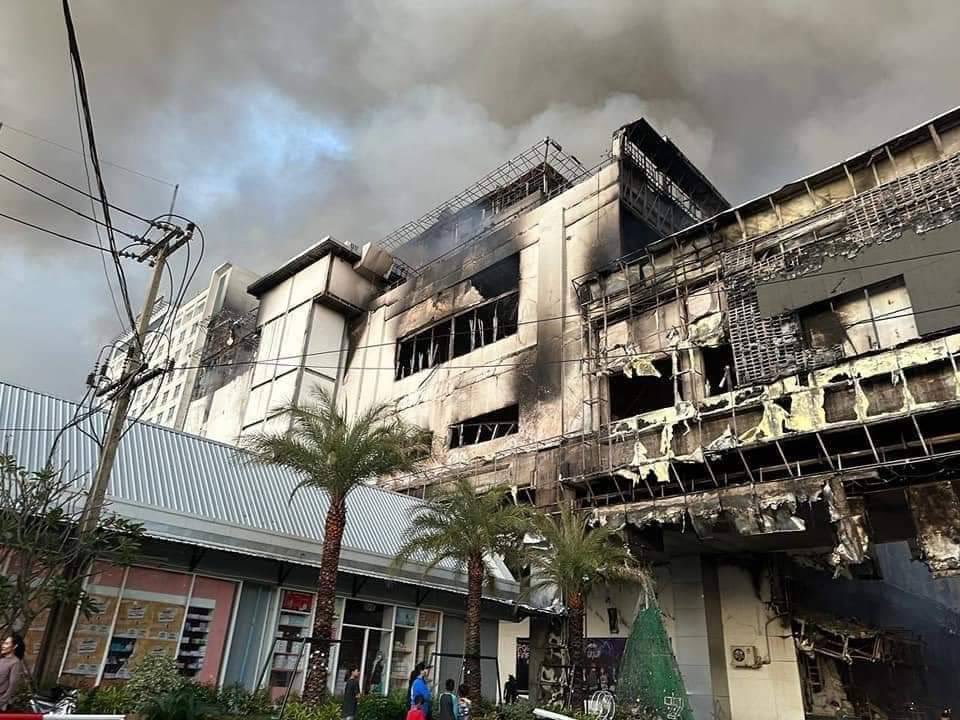 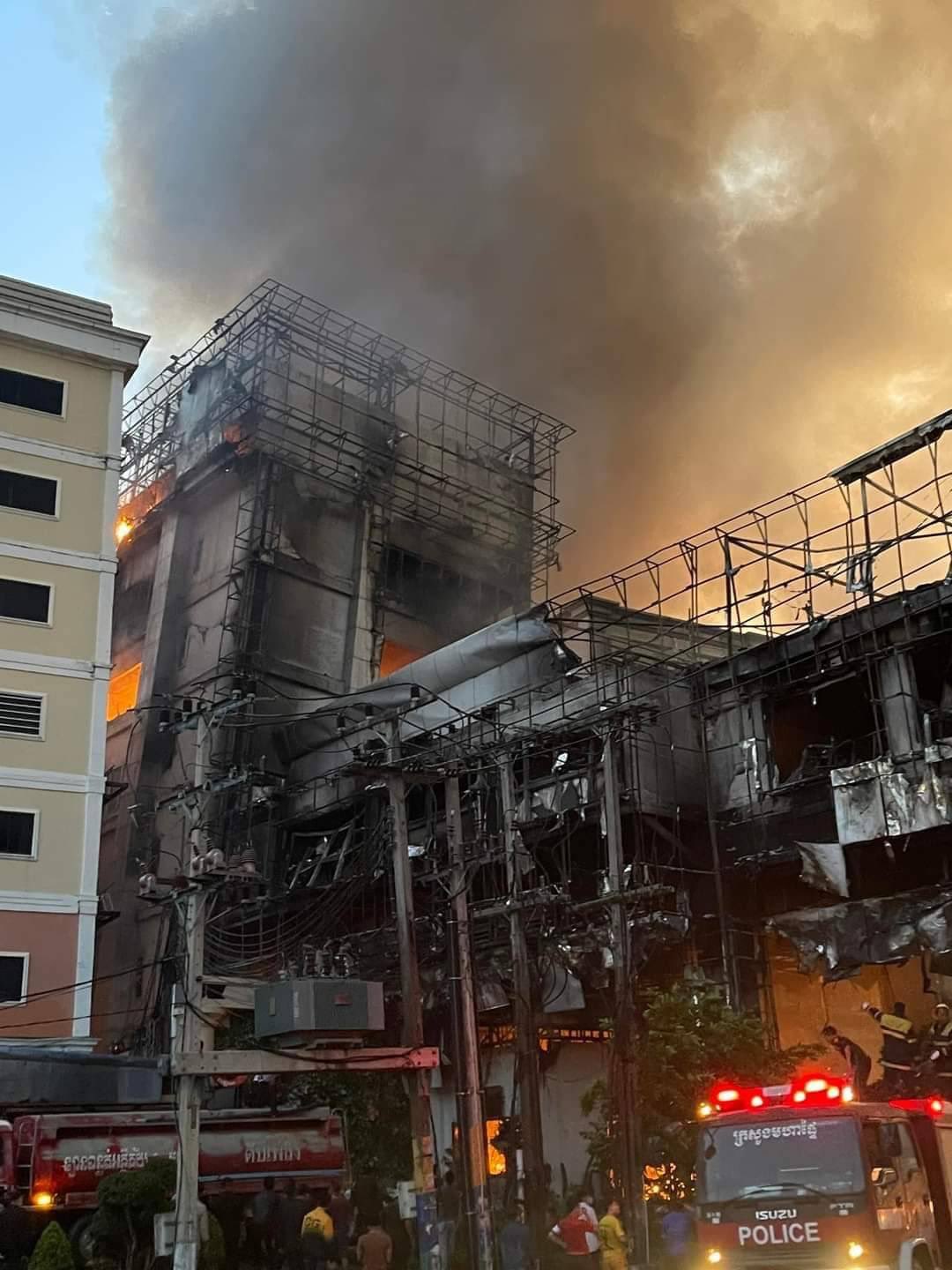 Local media has confirmed that at least ten people, mostly Thai nationals, have been killed by a massive inferno at the Grand Diamond City Casino and Hotel in Poipet, Cambodia. 30 people have also been injured by flames, smoke inhalation, jumping from multiple stories up, and other means. The fire reportedly began as a gas tank exploded on the casino side of the complex.

The fire began more than seven hours ago and is still not under control as emergency crews from the provincial and national government have been sent to aid in the suppression and search. As of 2000 EST, crews had reached the upper floors and were using crowbars to breach individual rooms.

At 2030 EST, emergency services announced sections of the building were under collapse threat.

This incident is reminiscent of a 2019 Poipet casino fire which left six injured. In that fire, Major General Ath Khem, the Banteay Meanchey police chief, said that the blaze broke out at about 9:35 pm on a Monday in the Ground Casino building, and that the firefighters brought the fire under control and put it out at 2am today. These incidents highlight the extreme incompetence of the regions emergency services. Indeed, tonight’s incident highlights major water supply issues with the more than two dozen fire engines deployed to the scene.

This incident is ongoing.