THE BRIEFBy Atlas News
Previous article
DPR Claims to Have Formed a Battalion with Ukrainian POWs
Next article
Holodomor Recognized as Genocide
November 24, 2022

By The Filthy American

In a huge international operation led by Europol, 142 people have been arrested in connection with a ‘spoofing’ website.

Briefly, spoofing is when someone fakes data to gain access to something they could not otherwise. 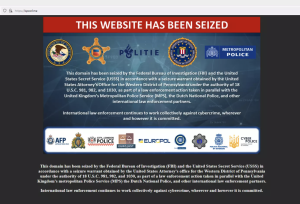 According to Europol, this particular website, “allowed those who sign up and pay for the service to anonymously make spoofed calls, send recorded messages, and intercept one-time passwords. The users were able to impersonate an infinite number of entities (such as banks, retail companies and government institutions) for financial gain and substantial losses to victims.”

UK authorities estimate that scammers using this website made more than 115 million Euros in total.