Poland to Give Fleet of MiG-29s to the United States, to Give to Ukraine

Poland to Give Fleet of MiG-29s to the United States, to Give to Ukraine 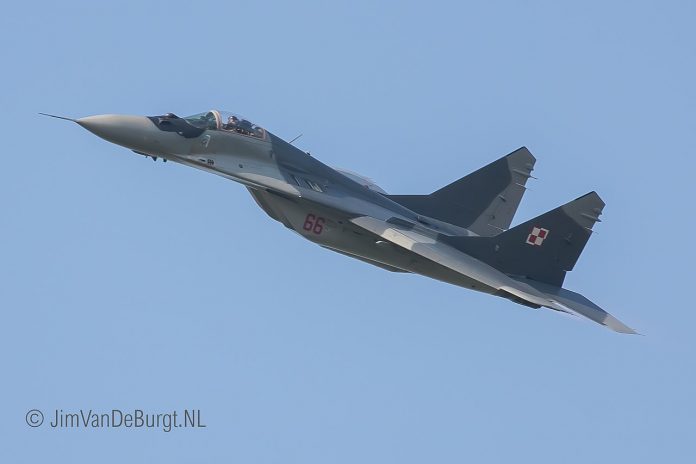 UPDATE: Pentagon Spokesperson John Kirby has rejected the offer on behalf of the United States government. He stated today that flying fighter jets from a NATO base into contested Ukrainian airspace would be problematic for the alliance and untenable. Yesterday’s offer from the Polish government was also apparently a surprise to the U.S. government, a DOD official said.

The Polish Foreign Ministry has just announced: “The authorities of the Republic of Poland…are ready to deploy – immediately and free of charge – all their MIG-29 jets to the Rammstein Air Base and place them at the disposal of the Government of the United States of America… At the same time, Poland requests the United States to provide us with used aircraft with corresponding operational capabilities. Poland is ready to immediately establish the conditions of purchase of the planes,”. These Mig-29s apparently will be given to Ukraine at the earliest possible moment.

Poland has 21 single-seat MiG-29s and 6 twin-seat MiG-29s, according to Janes World Air Forces.

The Mikoyan MiG-29 (NATO reporting name: Fulcrum) is a twin-engine jet fighter aircraft designed in the Soviet Union. Developed by the Mikoyan design bureau as an air superiority fighter during the 1970s, the MiG-29, along with the larger Sukhoi Su-27, was developed to counter new U.S. fighters such as the McDonnell Douglas F-15 Eagle and the General Dynamics F-16 Fighting Falcon. The MiG-29 entered service with the Soviet Air Forces in 1982 (wiki)