As of now, the war in Ukraine is the biggest war fought since social media grew deep roots into the lives of essentially everyone with an internet connection. This war is old school infantry tactics of WW2 mixed with online propaganda, disinformation and memes. The latter is arguably as important as the battles on the ground. This online aspect of the war has graced the world with numerous interesting characters who have decided to use social media as a public war diary. The “Dirty Dozen” is a prime example of this. 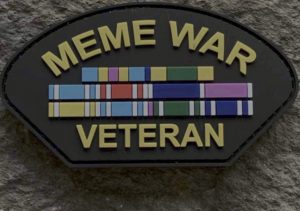 Composed of former special forces operators, The Dirty Dozen has recently begun posting on twitter their activities, crowdfunding requests and combat engagements. The group reportedly has veteran operators from the United Kingdom, Norway and the United States. During an interview, retired lieutenant colonel Rip Rawlings asked about their motivation to volunteer, one of the members remarked, “We believe Ukraine was a peaceful nation, it had its flaws, but they didn’t deserve to get attacked by Russia. The innocent lives we’ve seen smashed in our 4-weeks in Ukraine have proven to us we were right. Russia has committed horrendous atrocities and they need to be repelled and held accountability (sic). That’s it. We are pissed that the world let it come to this.”

Now, members of The Dirty Dozen have attempted to remain anonymous. But the identity of a female fighter in their group has been revealed due to her being a public figure in Norway. Her name is Sandra Andersen Eira. Interestingly, she is a politician in Norway and has been a member of the Sámi Parliament of Norway since 2017. According to the twitter of The Dirty Dozen, she is the medic of the group.

The Dirty Dozen is currently attached to a Ukrainian special operations unit. Notably, despite the group fighting alongside Ukrainian SF, they have encountered issues of Equipment shortages which is unexpected as many would think that SF units would have priority when it comes to equipment distribution from the Ukrainian government. This little tidbit shows us that the soldiers in this war really have to scrounge to get decent gear. I suppose this is why there are bizarre weapons being utilized by both sides. For example, we have seen multiple WW2 and WW1 era firearms decked out with modern attachments such as red dot sights and suppressors.

The Dirty Dozen claims to have many members that specialize in reconnaissance and demolition along with two former snipers and a “missile-man/AT gunner”. The group claims to not have a political stance but, “just care about doing our part to right this terrible wrong.”