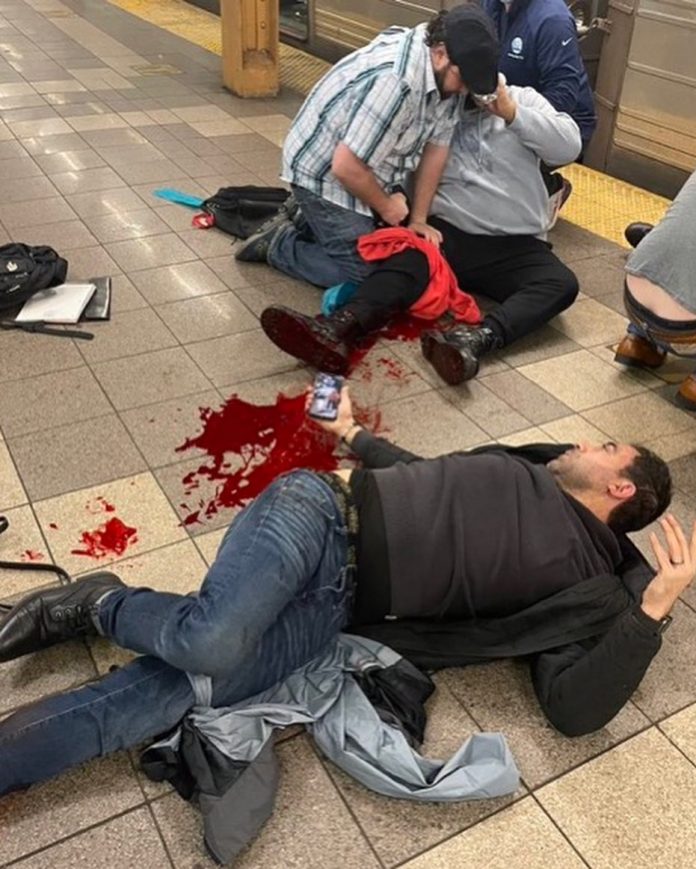 Update: NYPD has declared an all-clear of explosive devices in the vicinity of the shooting. However, New York Presbyterian Brooklyn Methodist Hospital in Brooklyn is apparently overwhelmed by the victims of the shooting. The suspect is still at large.

Update: The casualty list has grown to 13 with serious injuries. The Manhattan Bound D-Train has also been evacuated after reports of unexploded devices on that line. Up to four of these “suspicious packages” have been identified, but no detonations have been reported.

Update: Police are searching for a suspect wearing a gas mask and orange construction vest. The suspect is apparently 5’5”, and 180 lbs.

The NYPD is advising New Yorkers to clear the area surrounding the 36th Street Station after multiple people were down from gunshot wounds and other injuries, according to NYC Fire Wire, multiple explosive devices were found on a train inside the station.

At least three have been wounded, this story is developing.