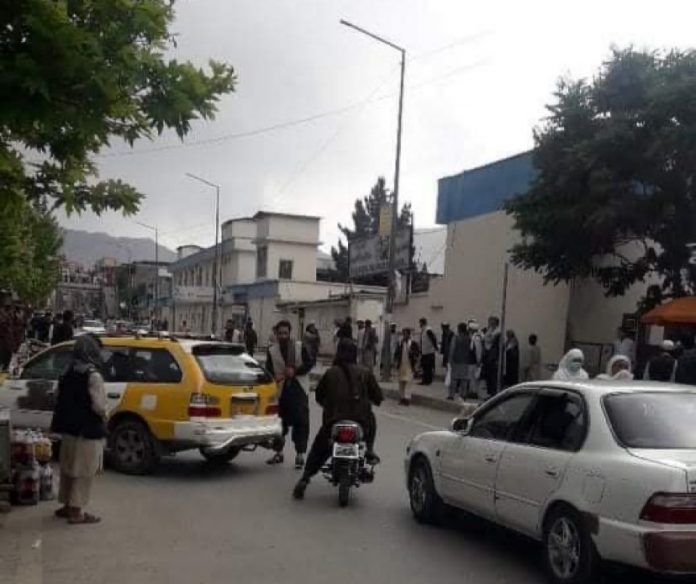 Update: Khalifa Mosque leader is now claiming more than 50 have been killed in today’s bombing.

Update: the Afghanistan Interior Minister is reporting that 10 have been killed and 15 injured.

People on the ground in Kabul are saying up to 300 civilians have been killed or injured in a bombing in Daralaman, Kabul, Afghanistan.

Taliban security forces have responded and are apparently blocking the evacuation of injured people as they attempt to create a security cordon. The explosion targeted the Khalifa mosque during Friday prayer. The roof of the mosque has collapsed.

Istiqlal hospital is reportedly filled to capacity by victims of the bombing.

This is the third major bombing in Afghanistan this week. As we covered earlier two attacks targeted Shia mosques in Northern Afghanistan in Kunduz and Mazar-I-sharif, both of which were claimed by ISIS.