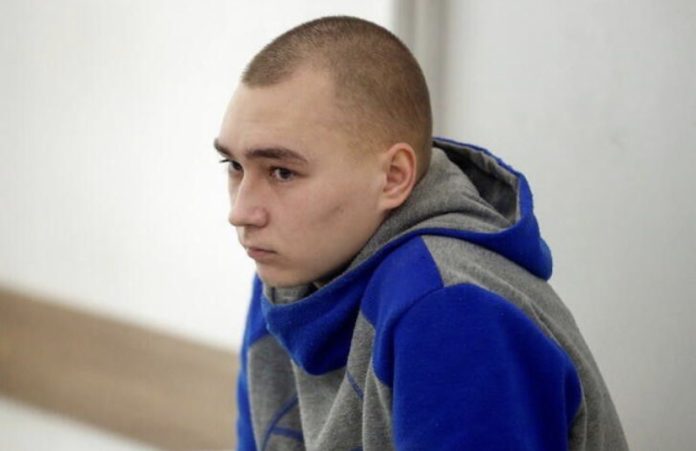 On February 28th, Sgt. Vadim Shishimarin, a 21-year-old tank commander, shot and killed a 62 year old Ukrainian man from a car near the northeastern Ukrainian village of Chupakhivka.

Last week in a district court in Kyiv, Shishimarin pleaded guilty to shooting the man after he and several other Russian soldiers fled their column after being ambushed by Ukrainian forces. The soldiers commandeered a civilian vehicle, and while attempting to regroup with Russian forces, came across  the man on his bicycle. He was apparently talking on his cell phone, when Shishimarin was ordered to shoot him to prevent him from disclosing their location. He fired several bullets, hitting the man in the head, killing him.

The Ukrainian Security Service claimed they have footage of the event, but so far have not disclosed it.

Today, the district court, after a week of testimony and delving into the Russian soldiers private life, motivations, military record, decided to sentence Shishimarin to life in prison. The young Sgt. apparently made a passionate plea in court for the family of the man to forgive him.

This sentencing is the first of its kind for this conflict and opens the door for similar trials by the Russians for the more than 2,000 Azovstal steel plant defenders that surrendered earlier this week. The Russian Investigate Committee have already vowed to put Azov battalion soldiers on trial, so this news is sure to embolden hardliners in the Russian military and government to follow through on that promise.