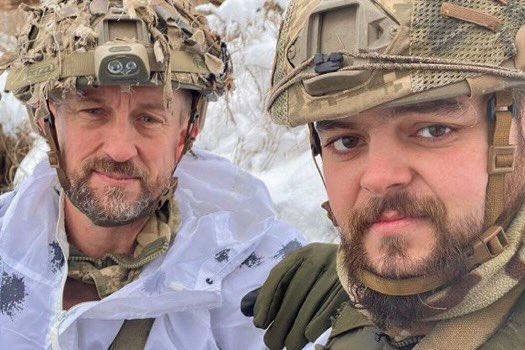 Viktor Gavrilov, the Prosecutor General’s Office of the Donetsk People’s Republic, told Russian state-media outlet RIA that Aiden Aslin (Cossack Gundi) and Shaun Pinner, two British volunteers who fought alongside Ukrainian forces, may face the death penalty after being accused of being mercenaries.

Gavrilov stated that “The criminal case against the mercenaries who took part in the preparation and conduct of hostilities against the Donetsk People’s Republic has been fully formed. The materials of the case have been transferred to one of the republican courts for consideration on the merits, as a result of which the defendants, taking into account wartime, may be subject to capital punishment – the death penalty.”

Earlier this week, Aslin and Pinner were formally charged by separatist prosecutors for their involvement in the conflict, as shown below:

“In the period from approximately December 2018 to April 2022 Shaun Pinner, Aiden John Mark Aslin, and Saadun Brahim (Moroccan volunteer) acting deliberately by a group of persons by prior agreement as part of the armed forces of Ukraine, being on the territory of Donetsk People’s Republic [DPR] in a time of war, being armed with firearms, took part in the preparation and military actions against the Armed Forces of the Donetsk People’s Republic for the purpose of forcibly seizing and forcibly retaining power on the territory of DPR.”

Shaun Pinner, Aiden Daniel John Mark Aslin and Saadun Brahim are accused of terrorizing the people of the Donetsk People's Republic. They will face the death penalty. pic.twitter.com/FabyGknoBC

The prosecutor also charged the two with “terrorist acts, diversions, explosions, shelling from artillery, mortar, small arms of settlements, peaceful citizens, military of the Armed Forces of DPR, committing murders of the citizens of DPR, threatening of the civilians, who carried out their will during the referendum on May 11, 2014, which resulted in the forming of the state Donetsk People Republic”.

British mercenaries Shaun Pinner and Aiden Aslin may be facing the death penalty in the DPR, for their crimes against peace and stability. pic.twitter.com/sC4iQq3AqG

When asked if he understood what he had been accused of, Aslin stated “I understand fully what I am accused of and I agree with it fully up to the part about murdering civilians – I don’t agree with,” adding “I agree with the fact that I fought on the territory of the DPR, and fought against the soldiers of the DPR in peaceful settlements.” When asked if Pinner understood, he only replied with “pretty much.”

Aslin became well known for his volunteer service with the Kurdish YPG against the Islamic State from 2015 to 2016. In 2018, he moved to Mykolaiv, Ukraine, where he met his girlfriend and soon joined the Ukrainian Marines. At this time he also received dual citizenship with Ukraine. From 2018 Aslin had been serving along the Donbas frontline until the start of the invasion, when his unit was eventually sent to Mariupol to defend the city.

Aslin and his unit surrendered to Russian forces in Mariupol on April 12 after running out of food and ammunition. At this point in the battle to take the key port city, Ukrainian resistance was limited to several small pockets held up in the south of the city and the Azovstal industrial complex. It wasn’t until May 20 when the remaining Ukrainian holdouts at Azovstal surrendered, resulting in the complete capture of the city to Russian forces.

Pinner, a former British soldier, had moved to Ukraine four years ago and had been serving within the Ukrainian military since 2018. He was also captured in Mariupol alongside Aslin.

Although both men are enlisted members of the Ukrainian military since 2018, separatist prosecutors have accused the two of being mercenaries, a person who fights in foreign militaries for financial gain. With this, Russian-backed officials of the DPR say the two are not subject to protections granted by the Geneva Convention and are thus not considered prisoners of war. Families of both Aslin and Pinner are hoping for their release in a prisoner swap. The two men will still face a trial, however, family, friends, and supporters of the two believe it will be staged.