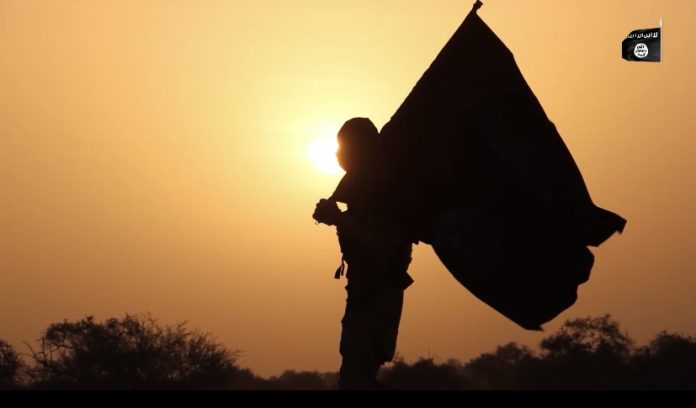 ISIS has released a nearly 38 minute long video documenting their activities in West Africa, with an emphasis on its recent military victories in Borno, Nigeria. Since the peak of Boko Haram and ISIS activity in 2014, the conflict has been primarily contained in the Muslim north, particularly in Borno state, but has displaced millions of people in the region. In June 2018, the Nigerian Army announced that two thousand internally displaced people were to return home. Security forces combatting the militants have also been accused of severe human rights abuses.

This video shows what appears to be an early February attack by the Islamic State in West Africa Province (ISWAP), which broke away from Boko Haram and has been waging an inugrency against the Nigerian government. That attack left nearly 30 Nigerian soldiers dead and an unconfirmed number of civilians, but at least 50. In the video, individual soldiers and martyrs are given praise, combat footage is shown, and distribution of alms as well as interviews are shown. The nearly 38 minute long video can be viewed here.