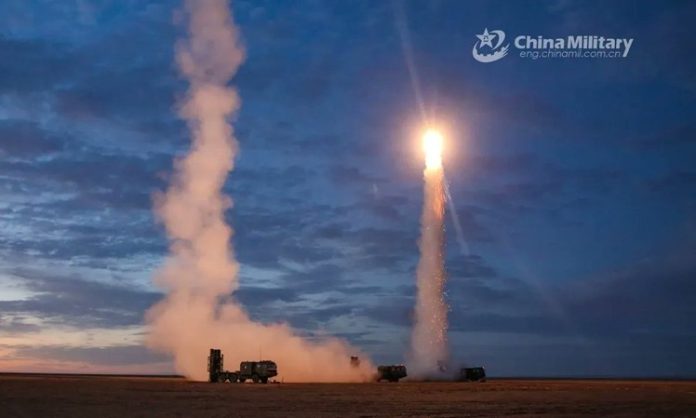 The Chinese Ministry of Defense made this announcement following release of the footage from an unnamed location:

”China has successfully implemented the anti-missile interception technology test in the middle section of the land-based platform.

On the evening of June 19, 2022, China conducted an anti-missile interception technology test in the middle section of the land-based foundation, which achieved the expected purpose. This test is defensive and does not target any country.”

While no location was provided, a Notice to Mariners was filed by the Chinese government warning aircraft that a ballistic missile launch would occur near the Taiyuan Space Launch Facility with the firing unit near Korla. 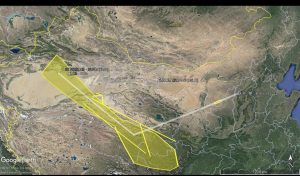 According to Armyrecognition: A vastly upgraded version of HQ-9 to counter ballistic missile and satellites (ASAT) on the lower end of Low Earth orbits, HQ-19 is the Chinese equivalent of the U.S. THAAD. HQ-19 is armed with a dual-purpose exosphere kinetic kill vehicle (kkv) warhead designed by a team led by Professor Zhou Jun, which can be used against ballistic missile warheads or satellites. Using its HQ-19 Anti-Ballistic Missile Interceptor, China carried out a 4th land-based mid-course missile interception test within its territory on 5 February 2018 and “achieved the desired test objective”. As usual, the government announced that the “test is defensive in nature and not targeted against any country”. 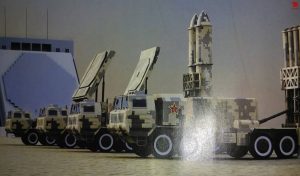