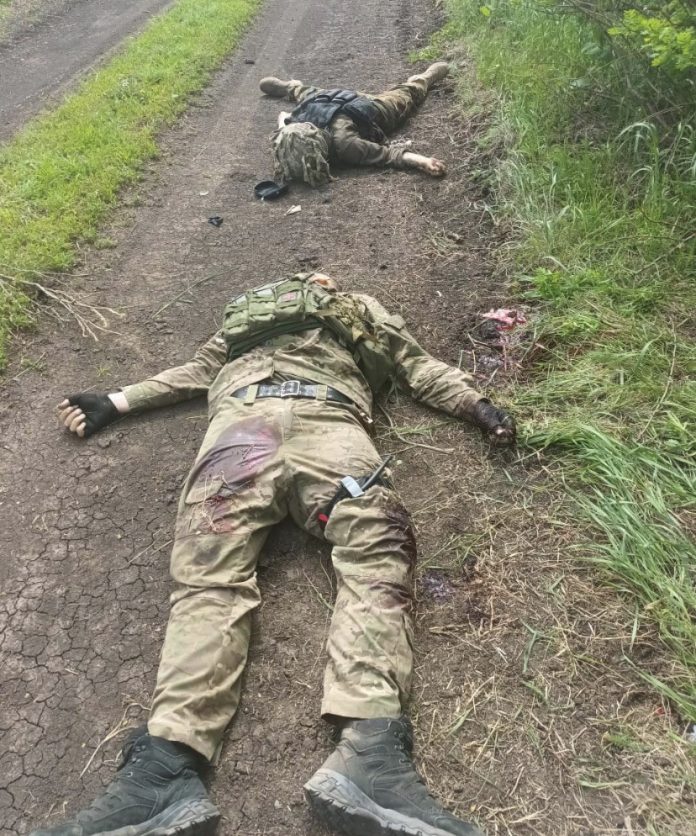 Russian state owned media and pro-Russian social media are recording major engagements South of Lysychansk. Although Ukrainian Luhansk Governor Haidai said more than 13 hours ago that major operations have not commenced, never before seen combat footage may show that Russian Ground Forces are on the move near the Lysychansk Oil Refinery. This footage claims to have been shot South of Lysychansk where a Ukrainian 10th Mountain Brigade column was engaged by Russian artillery. A majority of the column was knocked out and Russian paratroopers picked through the bodies once Ukrainian infantry retreated.

TASS, a Russian state owned media corporation, tells their viewers that according to the Luhansk Peoples Republic militia, more than 1,000 men of the Ukrainian Armed Forces, including men and officers of the 10th Mountain Brigade, have been killed South of the strategic city as well as 300 “Special Forces members”.

The Ukrainian General Staff has not commented on these pitched battles. The last update was several hours ago when they reported repelling several Russian advances towards Bakhmut near Zaytsevo, far to the Southeast of Lysychansk. This will be updated once Ukrainian media weighs in on the desperate fight for these vital withdrawal routes.

It is important to take this footage and reports from Russian media with a grain of salt due to the massive disinformation campaign being waged. There have been several instances of re-uploaded footage, even from as far back as the 2014 war. This publication will continue to do all it can to bring you front line updates as close to the truth as wartime allows.