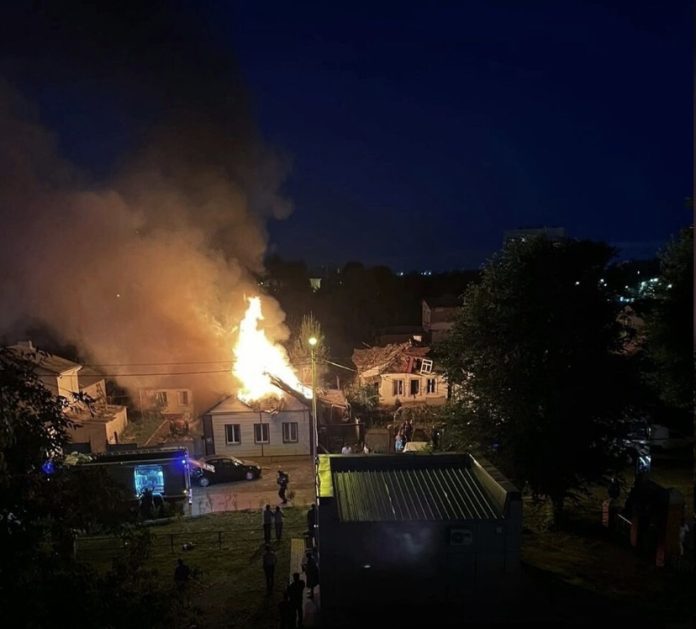 Approximately two hours ago a single explosion rocked a suburban neighborhood in Ulitsa Mayaskovkago, Belgorod, Russia. The explosion effected four residential homes and authorities are claiming at least two have been killed. Pro-Russian Telegram users are claiming that the explosion resulted from Ukrainian missile strikes, but this has not been confirmed at this time.

Mayor Ivanov and Belgorod Oblast Governor Gladkov we’re on scene vowing that the government would repay the costs of the repairs. The last Ukrainian strike against Belgorod proper was on April 1st when two Ukrainian Mi-28s struck an oil depot in the city. Many pro-Russian telegram accounts are postulating this strike was in retaliation for the missile strikes against the Astor Mall in Kremenchuk which killed dozens of civilians.

The Ukrainian government has not commented on the explosion.