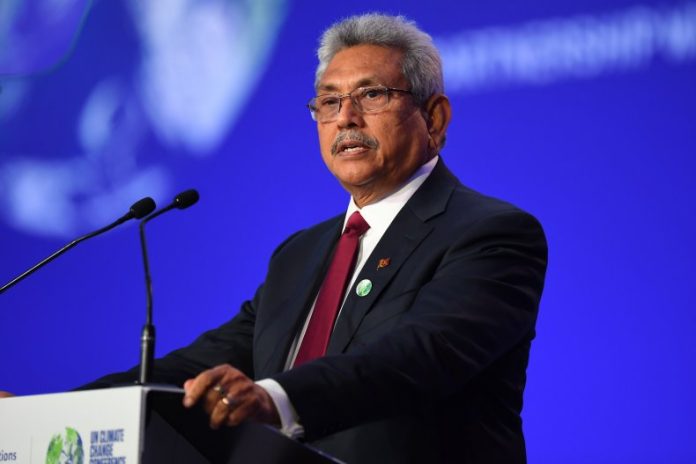 Update (0548 EST 12JUL22): President Rajapaska’s U.S. passport was reportedly expired and the former ruler had to use emergency Sri Lankan travel documents to leave country, according to sources who work at FlySriLanka. A motion has also been filed with the Sri Lankan Supreme Court that would block former government ministers from leaving the country. The former President has already reportedly departed to an unknown location from Mattala Rajapaska Airport.

President Gotabaya Rajapaksa of Sri Lanka has fled the country after being spotted on a Navy vessel after a meeting with his military commanders today. After a tumultuous week of protests which have seen both the President’s and the Prime Minister’s homes burned and protests which have rocked the capital, Colombo, Prime Minister Ranil Wickremesinghe’s office said in a statement it had been informed by Mr Rajapaksa that he would step down on Wednesday.

However, the Sri Lankan constitution demands a resignation be conducted via letter to the Parliament speaker, which has not yet happened. Sri Lanka is facing a financial crisis of which is defined by an inflation rate of 55%. The 2022 world economic slowdown, coupled with the Presidents policies of slashing taxes to increase tourist revenue has spectacularly backfired. Prime Minister Wickremesinghe, who has also offered to resign will be sworn in as acting President until elections.

It is important to note that Parliamentary Speaker Mahinda Yapa Abeywardena announced the President’s departure, then refuted the announcement saying he has not left, so this story will be updated as details emerge.