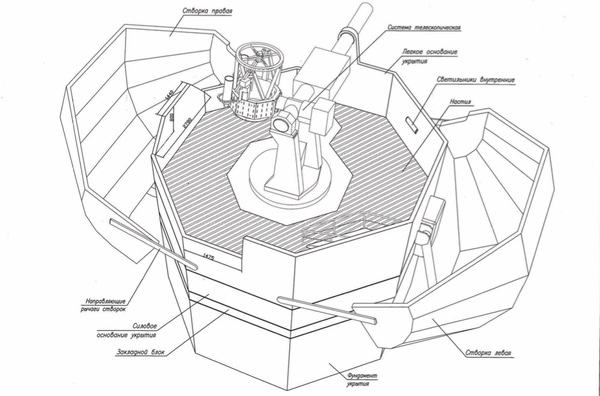 Recent imagery from Google Maps suggests that Russia is in the process of constructing an anti-satellite laser facility at its Krona Space Object Recognition Station, which sits in the North Caucasus region and is home to the RATAN-600 telescope. 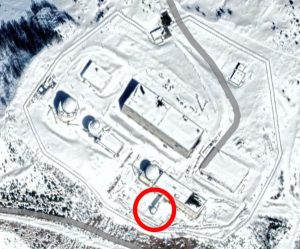 An extensive open source investigation by The Space Review, which analyzed Russian procurement, bank, contract, and court documents, has revealed the construction of a new anti-satellite weapon meant to permanently “blind” adversarial satellites by destroying their optical sensors, code named “Kalina.” Documents from the investigation show that the project has been underway since at least 2011 with the Russian Ministry of Defense awarding a contract to the Moscow-based Scientific and Industrial Corporation “Precision Instrument Systems” (NPK SPP), however, construction at the facility has just begun recently. Kalina is speculated to be complemented by a Russian radar and lidar system at the facility, called the “laser optical locator,” which is meant to track and measure satellites in orbit.

Open source documents reviewed by The Space Review mapped out a trail of bank guarantees, building plans, and annual reports from NPK SPP that outlines the creation of a “functional suppression” system that utilizes “laser systems for electro-optical warfare” at Krona. Furthermore, Tender documentation placed online in 2015 by NPK SPP showcases the housing for Kalina, which can be seen in recent satellite imagery by Google Maps. 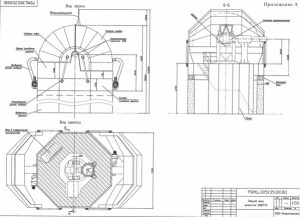 As noted by the investigation, “Russia clearly attaches a great deal of importance to denying its enemies the opportunity to image its territory from space. Among the targets of these systems could not only be government-owned reconnaissance satellites but also the numerous commercial optical imaging satellites that are currently in orbit. Some of the theoretical foundations for the dazzling/blinding technique may have been laid by researchers at the Military Academy of the Strategic Rocket Forces in Balashikha near Moscow.”

I linked the investigation at the top, but I am going to do it again here:

The investigation is very extensive and goes into the many technical components of the Kalina project and other dazzling/blinding anti-satellite systems Russia has, so if that’s your sort of thing then this is up your alley. I myself find this subject to be extremely interesting, especially as military and defense focusing increasingly looks upwards to the stars.