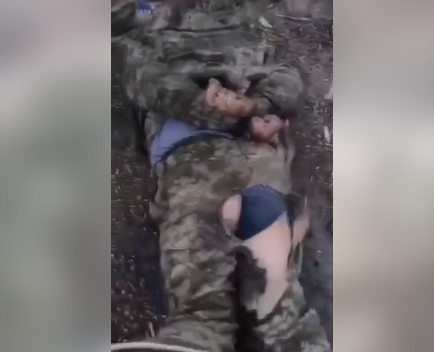 Update (2211 EST): The Russian soldier has been identified by users on Reddit as Vitaly Valeryevich Aroshanov from Elista, Republic of Kalmykia, Russia.

The soldier has been fully doxxed and his phone numbers, address, DOB and other details have been published on Reddit. He has also deleted his VK page. 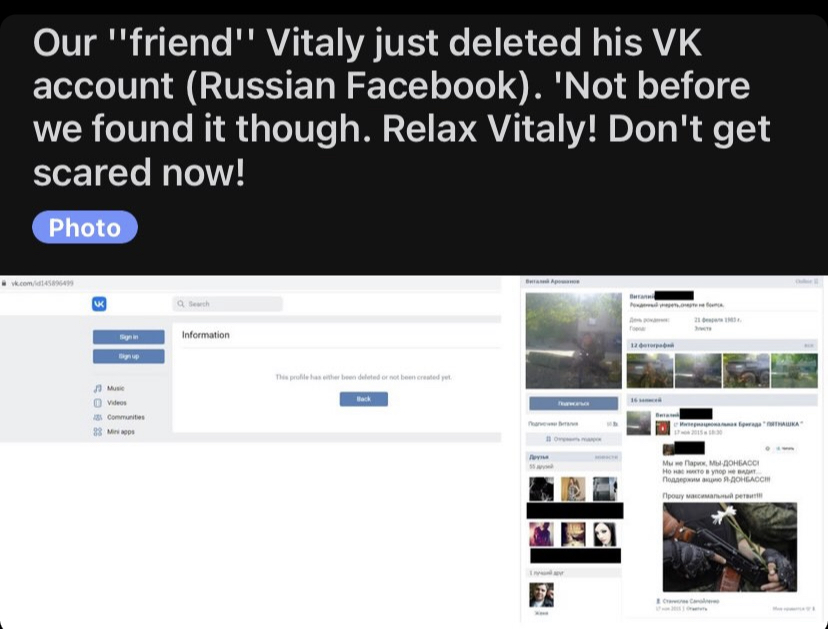 The site of the war crime has been geo-located in Severodonetsk. So it is possible this video is several weeks old since fighting has largely subsided in that city since it’s fall on June 25th, 2022. 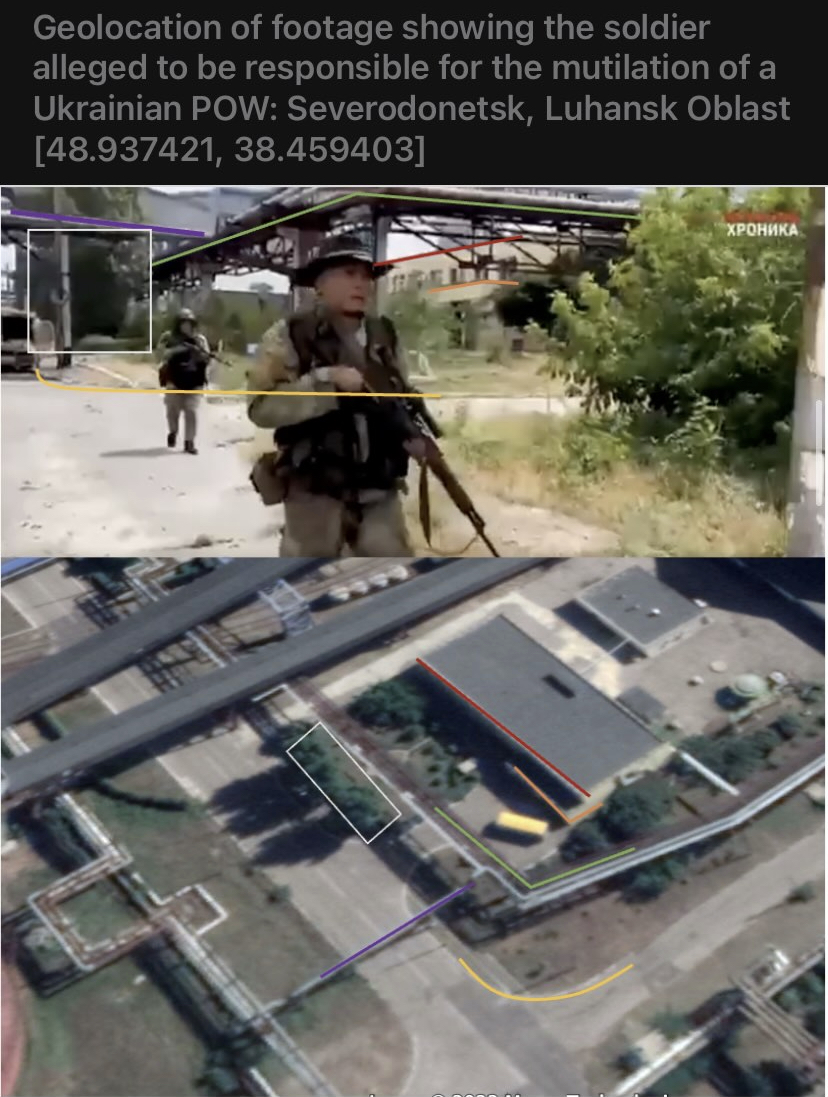 Footage has surfaced on a Pro-Ukrainian Telegram Account and Twitter of a Russian soldier reportedly castrating a Ukrainian soldier in an unnamed location at an unspecified time. The video clearly shows at least two purported Russian soldiers holding down a bound Ukrainian soldier and cutting off his genitals with what appears to be a surgical knife. In the same Telegram post, the Russian soldier who performed the war crime was identified by his facial characteristic and his conspicuous hat in a video posted by Pro-Russian sources. 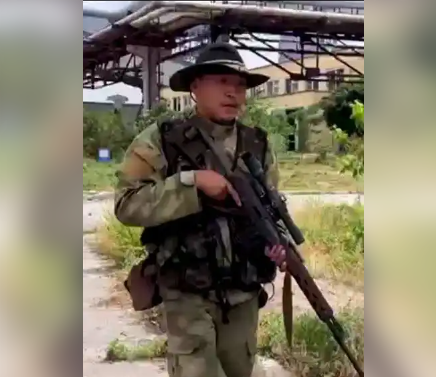 This incident is a single source reporting and requires corroboration in order to confirm the time, place, and actual nationalities of the belligerents and victims. The video can be found at the link below. However, viewer discretion is advised. Again, this is extremely graphic and is only being shown to spread awareness of Russian war crimes.

The video has been taken down on Instagram and Twitter due to violation of community rules, a single screenshot showing the barbarity of the act can be seen below.

However, the purpose behind revealing this grizzly act is to show Russian commanders have lost control over their tactical units, such as the execution of civilians in Bucha during the 1st month of the invasion.  Current kinetic points on the forward line of troops (FLOT) are Soledar and Bakhmut in Donetsk and Vyskopillia in Kherson. This video requires geolocation before any assessments can be made on the exact location and timing of the video. While the author of this post has not seen this video before, it is possible this is an older video. This will be updated as more information becomes available.