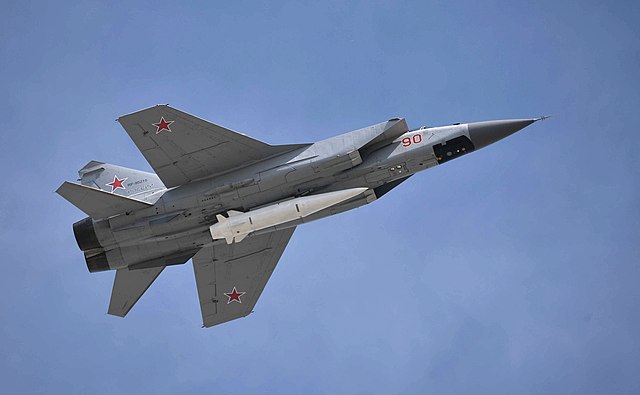 Russian Aerospace Forces (VKS) commented this morning that a Combat Air Patrol (CAP) composed of (3) MiG-31 fighters, armed with the Kinzhal Hypersonic Missile will be deployed to Kaliningrad Oblast “as part of additional strategic deterrence measures”.

“Today, on August 18, 2022, as part of additional strategic deterrence measures, three MiG-31I aircraft with hypersonic Dagger missiles were relocated to the Chkalovsk airfield of the Kaliningrad region,” The department specified that during the flight, interaction with fighter aircraft of the 6th Army of the Air Force (Air Force) and Air Defense Army, and Baltic Naval Air Force was coordinated.”

“A round-the-clock combat duty of MiG-31I aircraft with a hypersonic aviation complex “Dagger” will be organized at the Chkalovsk airfield,” the Ministry of Defense added.

This move is likely in response to reports that Sweden and Finland are to establish a joint air defense posture since joining NATO. These aircraft will bolster the Russian Federations capability to conduct anti-surface and anti-air missions in the Baltic.