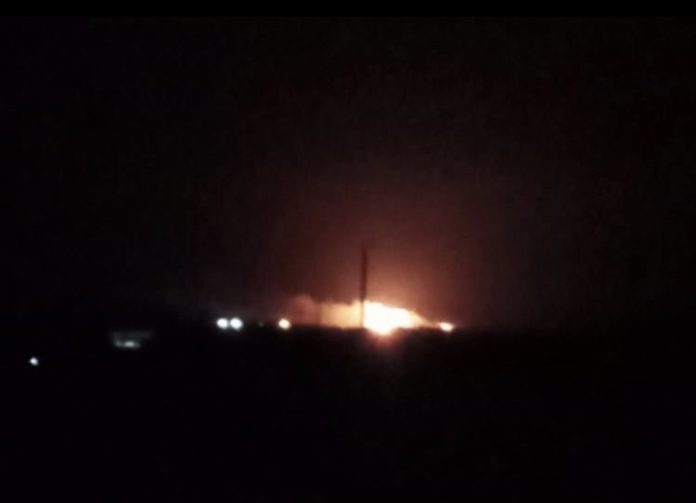 An hour ago, explosions ripped through warehouses and buildings in Ayyash, Syria. Since then ambulances and medics have tended to several dozen wounded as authorities have restricted access to the site.

13 explosions were recorded which reportedly decimated the headquarters of the Fatemiyoun Brigade operating in the region. U.S. Central Command released this message moments ago claiming responsibility for the strike: 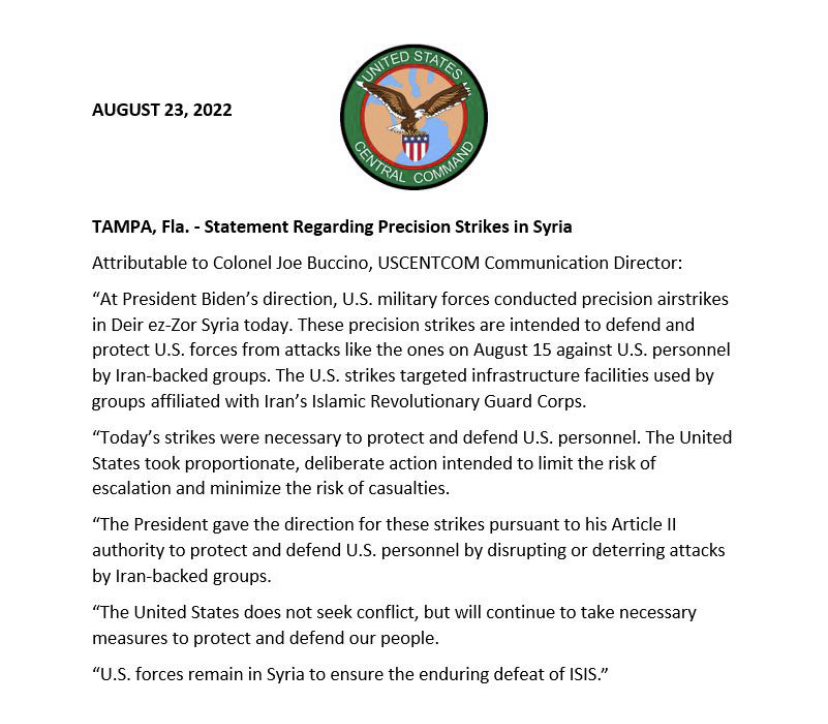 Since the President invoked his authority under Article II to conduct these strikes, a report is due to Congress soon in order to justify and explain the authorization under the War Powers Resolution. Most military actions in the Middle East have fallen under the 2001 Authorization for the Use of Military Force which has authorized the President to conduct the Global War On Terror. These strikes however were carried out under the guise of Article II to defend U.S. troops in Syria which were probably attacked earlier in August by these forces.

Liwa Fatemiyoun ,literally “Fatimid Banner”, also known as Fatemiyoun Division or Fatemiyoun Brigade, is an Afghan Shia militia formed in 2014 to fight in Syria on the side of the Syrian government. It is funded, trained, and equipped by the Islamic Revolutionary Guard Corps (IRGC), and fights under the command of Iranian officers. Both the Fatemiyoun Brigade and the Iranian government downplay their relationship with one another, despite clear coordination and the brigade’s operation under the auspices of the IRGC.