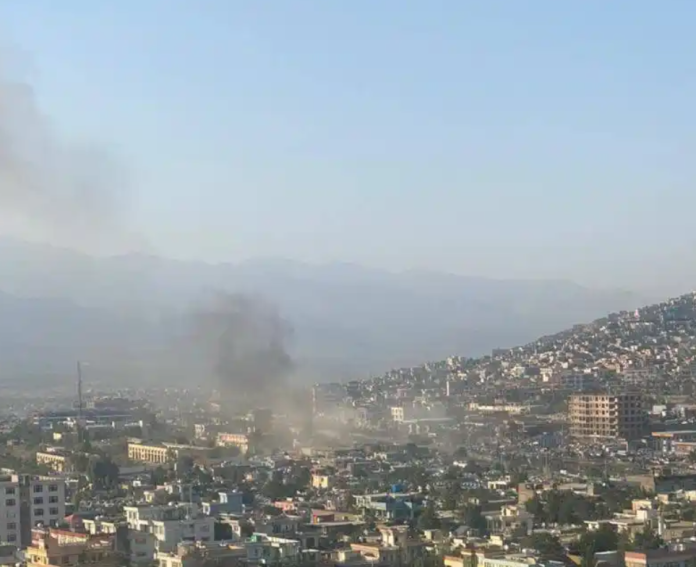 Update (1115 EST, 03SEP): ISIS-K has taken responsibility for the attack. Also, 18 military officers of the Taliban were reportedly killed.

“18 military officers of the Taliban red unit belonging to Mulla Hizbullah — the current governor of Baghlan and former Sr Haqqani commander in Paktya — were killed in a suicide attack on the way back from Bagram air base.” Sources in Baghlan say.

Update (1041 EST): The spokesperson for Kabul Police told press that the explosion in Kotal-e Khair was the result of an accidental explosion in a car carrying explosive materials. This report contradicts earlier reporting that ANRF forces claimed responsibility for the attack. Two civilians were reportedly killed and two injured, according to the Interim Interior Ministry.

At approximately 0330 EST, Taliban leadership and military representatives gathered at the abandoned U.S. airbase in Bagram, Afghanistan, which once was the seat of Coalition military power in the country before the August ’21 withdrawal. The parade included demonstrations from infantry, tanks, infantry fighting vehicles, special forces, rotary wing aircraft, and other equipment. The parade was held to commemorate the one year anniversary of the chaotic U.S. withdrawal.

However, moments ago a Taliban convoy, reportedly carrying leadership such as Interim Afghan Prime Minister Akhund and Interim Afghan Defense Minister Yaqoob was struck by automatic gunfire and improvised explosive devices in a complex ambush. Two buses have reportedly been destroyed in the ambush in Kotal-e-Kahir, Kabul. This is developing. 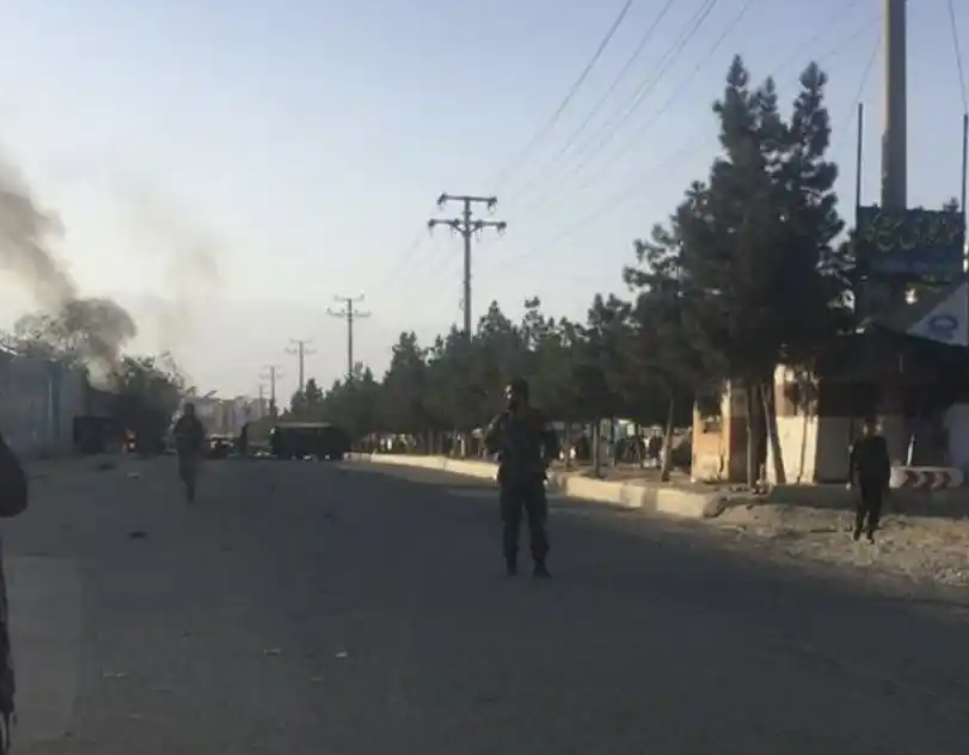 Below are pictures taken from the military parade: 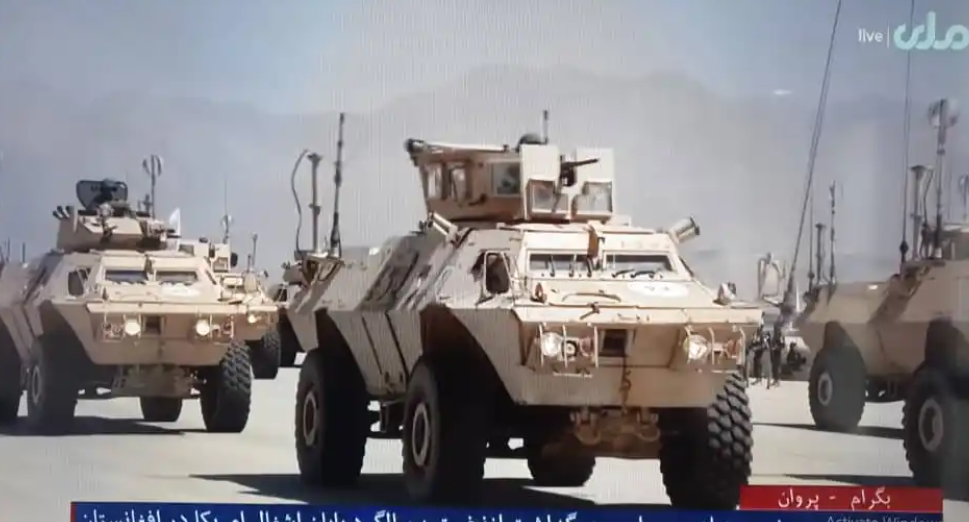 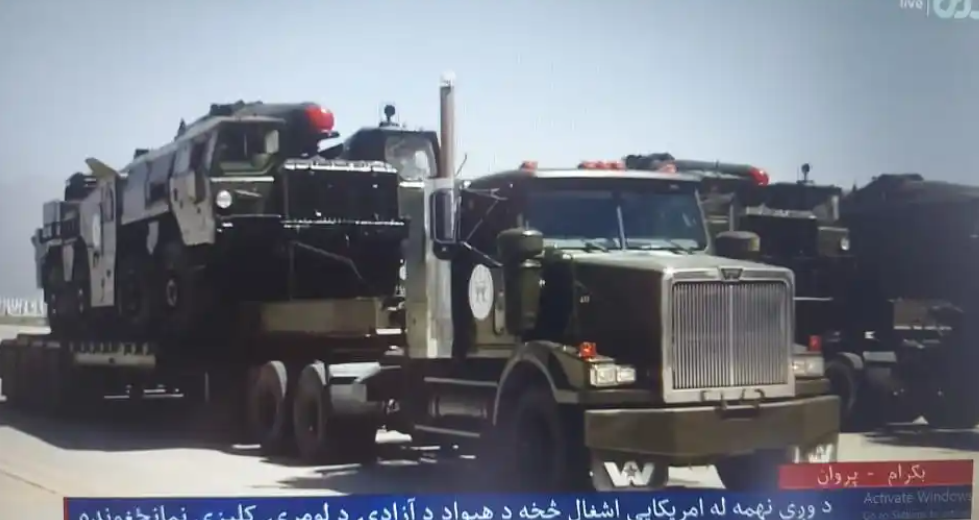 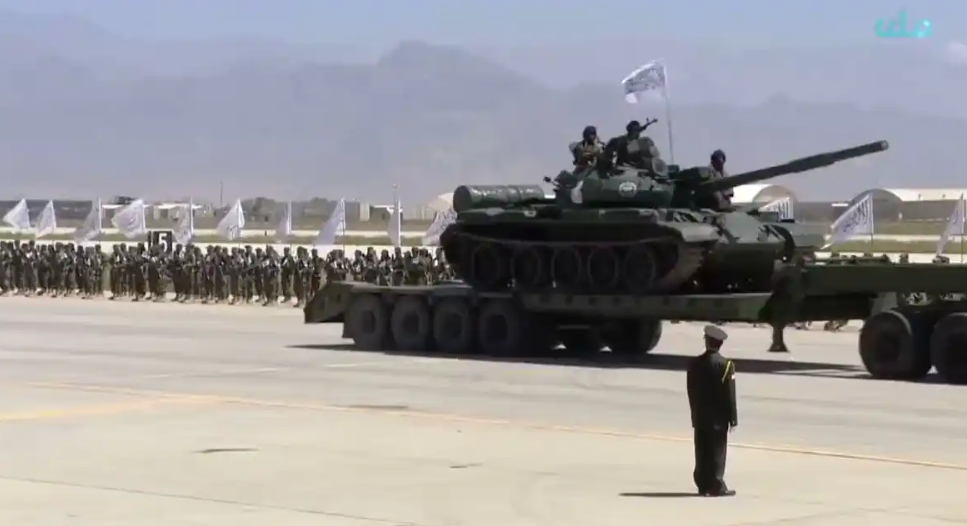 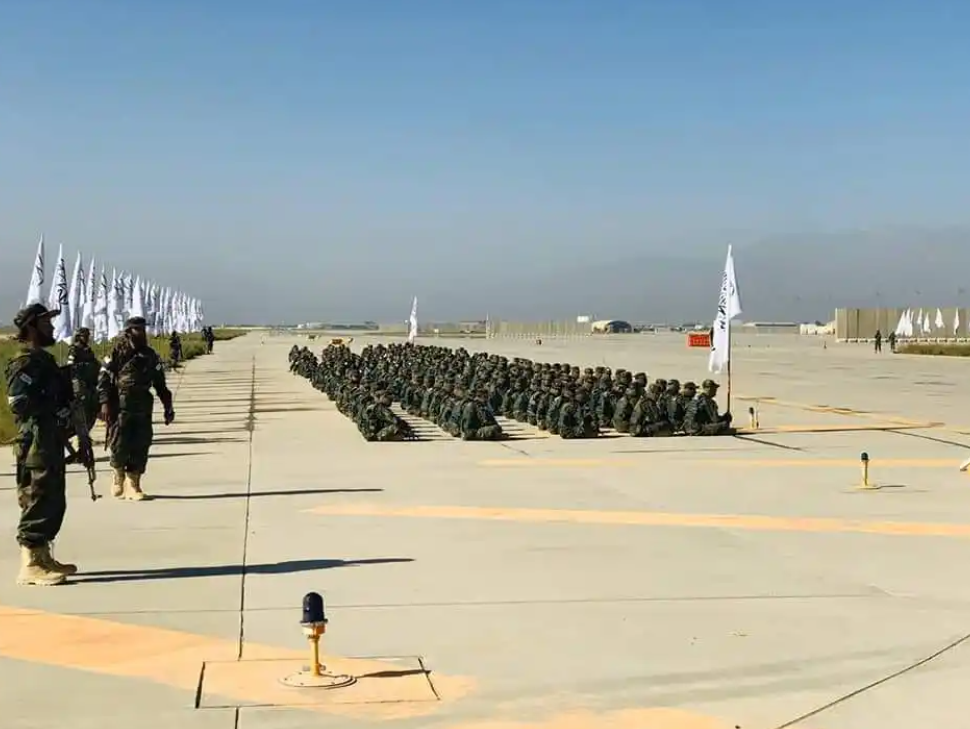