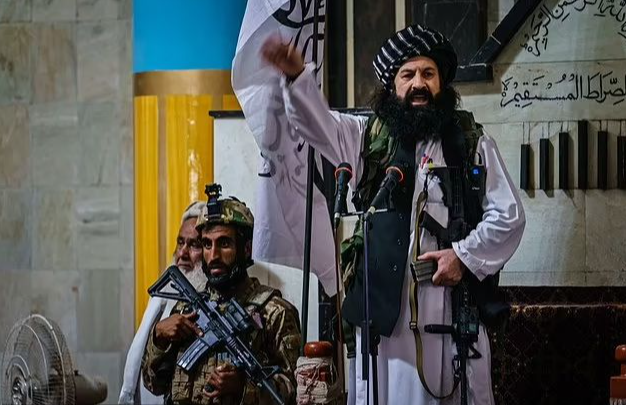 Update (1830 EST): The Taliban has denied this report that Haqqani was killed.

Update (1541 EST): The Taliban Foreign Affairs Minister has demanded that Pakistan not allow U.S. drones to use their airspace and has also demanded that the U.S. not violate the sovereignty of Afghani airspace, in what seems like an unrelated press conference.

These two conflicting reports have not been corroborated. However, it is worth noting that the Taliban struggled to cover up the killing of Ayman al-Zawahiri in Kabul a few weeks ago, and still maintain they have not located his body after President Biden announced the successful strike.

If reports of Haqqani’s death are true, he would be the first Taliban government leader killed since the group took power last August. The reports of drones being used add fuel to speculation that the U.S. may have been involved, which would be a sharp escalation in tactics against the coalition’s former enemies since the August ’21 withdrawal.

Khalil-ur-Rahman Haqqani (born 1 January 1966), also known as Khalil-ur-Rehman Haqqani, Khalil al-Rahman Haqqani, Khaleel Haqqani and Khalil Ahmad Haqqani, is the current Afghan Minister of Refugees and a prominent leader of the Haqqani network. The Haqqani network was founded by Khalil Haqqani’s brother Jalaluddin Haqqani. He has been designated as a terrorist by both the U.S. and U.N. and has been wanted for the entirety of the U.S. occupation. He only recently resurfaced in Kabul since being appointed the Minister of Refugees.