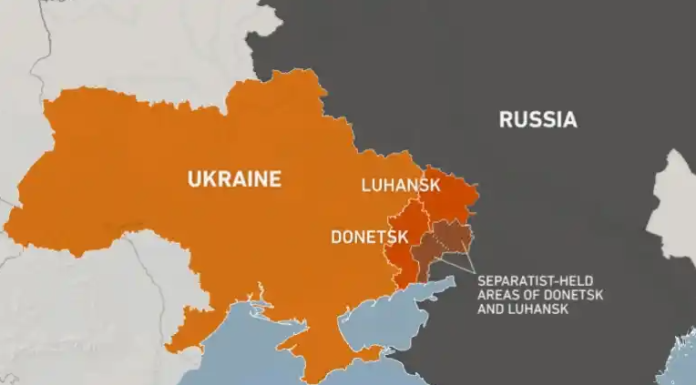 On February 24th, 2022, the Russian Federation, by order of President Putin, began a “special military operation” in Ukraine, aimed at bringing about regime change by expelling the pro-Western Zelensky government. Approximately 50 days into the failed offensive to take Kyiv, President Putin announced a strategic refocusing to ensure the independence of the Self-Declared Luhansk and Donetsk People’s Republic which broke away from Ukraine in 2014, during the first Russian invasion.

Those war aims have apparently have evaporated once more as both the Donetsk People’s Republic (DPR), the Luhansk People’s Republic (LPR) and the Russian Duma have entered into conversations on holding a referendum for the breakaway republic to join Russia by the end of this fall.

At 1323 EST, DPR Leader Pushilin told his Telegram followers that he was synchronizing actions with the leader of the LPR for both self-declared republics to join the Russian Federation. This reporting was then confirmed by Russian MP Vodolatsky, the coordinator of interparliamentary relations with the LPR, who at 1359 EST told media the Russian government would assist the break way republics with holding a referendum by the end of the year.

Similar discussions of referendums were held throughout 2014 and 2015, but the Russian Federation was eager to maintain control over the regions as satellite states instead of annexing the territory, which would have brought even more international ire against Putin’s “little green men”. However, with the successful Ukrainian counteroffensives in Kharkiv, Kherson, and now Luhansk, the Russian Federation may seek to get away with what territory it can.