European leaders believe sabotage is to blame after three offshore lines of the Nord Stream pipelines suffered simultaneous leaks, which comes as the gas project has been a focal point of an energy standoff between Russia and Europe.

It is important to note that neither of the pipelines were operational at the time of the leaks, as Nord Stream was shut down “indefinitely” by Russia, who claimed that maintenance work needed to be done. Nord Stream 2 was never officially opened over disputes between Russia and Germany about the Ukraine Invasion.

Nord Stream AG, the pipeline’s operator, released a statement on Tuesday saying that “The destruction that happened within one day at three lines of the Nord Stream pipeline system is unprecedented. It’s impossible now to estimate the timeframe for restoring operations of the gas shipment infrastructure.” 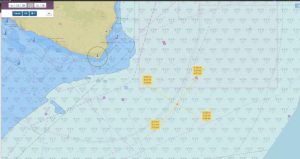 Sweden’s National Seismology Center (SNSN) at the Uppsala University told public broadcaster SVT that large subsea blasts were observed in the areas where the leaks were reported. The Danish Energy Agency added that the cause of leaks was not due to cracks in the pipeline, but rather a “really big hole.”

German officials have told the press that they believe the leaks were due to an act of sabotage, which was echoed by Polish prime minister Mateusz Morawiecki who told Reuters that “We don’t know all the details of what happened, but we see clearly that it’s an act of sabotage, related to the next step of escalation of the situation in Ukraine.” Danish prime minister Mette Frederiksen added that Sabotage could not be ruled out, adding that “It is too early to conclude yet, but it is an extraordinary situation. There are three leaks, and therefore it is difficult to imagine that it could be accidental.”

Seismic (or was it explosive) activity under the Baltic Sea yesterday, magnitude 2.2 at depth of 0 km – does that mean on the seabed? Not far from NordStream pipeline route:https://t.co/nnTE3rLiSm#NordStream2 #seismic #earthquake #Ostsee #Erdbeben #séisme #Baltique pic.twitter.com/KM1WU6rasM

While Russian gas operator Gazprom has not made any comments on the development, ??Kremlin spokesman Dmitry Peskov aslo told Interfax that sabotage could not be ruled out, further saying “This is very concerning news. Indeed, we are talking about some damage of an unclear nature to the pipeline in Denmark’s economic zone.”