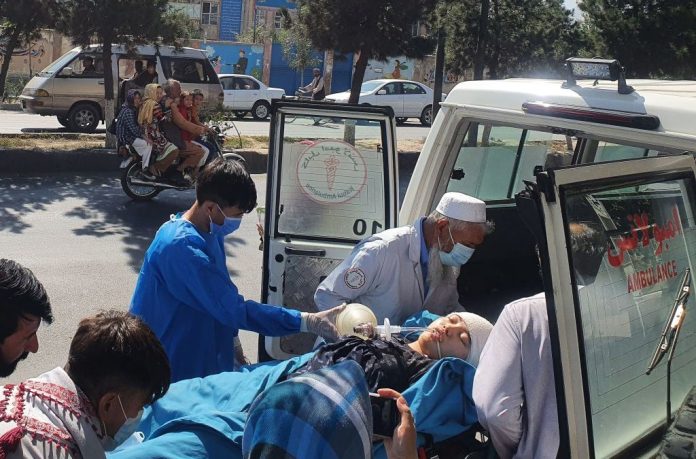 A suicide bombing at an educational center in Kabul has resulted in dozens of casualties, most of which were young female students. The attack took place in the Dasht-e-Barchi district in the city’s West, which has a large population of Hazara ethnic minorities that have long been targeted by militants of the Islamic State– Khorasan Province (ISKP).

CAUTION: According to footages from eyewitness to @Etilaatroz. Todays blast has many casualties. Look to the wallets, shoes, and count them. pic.twitter.com/RUn6Zqyo4H

Speaking to CNN, Kabul Police Spokesman Khalid Zadran stated that “Students were preparing for an exam when a suicide bomber struck at this educational centre. Unfortunately, 19 people have been martyred and 27 others wounded.” Abdu Ghayas Momand, a doctor from Ali Jinah Hospital, later told CNN that the death toll had risen to 23, with an additional 36 wounded.

So far, there has not been any official claim of responsibility yet, but this latest attack bears the hallmarks of ISKP, who regularly targets Hazara schools, mosques, and community centers. A similar attack targeting a Hazra school happened on May 8, 2021, where a string of ISKP bombings at the Sayed al-Shuhada girls school in Dasht-e-Barchi left 90 dead and 240 wounded, most of which were children. Attacks have ramped up since the Taliban takeover of Afghanistan, with Human Rights Watch reporting earlier this month that over 700 casualties have occurred from over 13 ISKP attacks in the past year. One such attack occurred on April 21, 2022, where an ISKP bombing targeted the Seh Dokan Mosque in Mazar-e Sharif, which killed 31 people and wounded 87 others. The Human Rights and Eradication of Violence Organization told AP that since 2015, over 1,200 Hazaras have been killed and an additional 2,300 have been wounded in attacks.

Images are disrurbing but reflect the mindset of #ISKP, the group behind Suicide bombing at a school in Dasht-e-Barchi area of #Kabul killing 24 innocent kids!
Who is responsible for this situation in #Afghanistan where there was peace till four decades back.
Indeed its #Pakistan pic.twitter.com/vLEjQmAyla

Hazaras have been largely prosecuted in Afghanistan since the the late 1800s when the Emir of Afghanistan, Abdur Rahman Khan, declared jihad against the group and later on in the 1900s by the Afghan monarchy during their “Pashtunization” of non-Pashtun populations. The Mujahidin later declared a jihad against the minority, along with the Taliban and ISKP years on, which has seen continued targeted violence today. Before and after the Taliban takeover, Hazara communities had been critical of security forces for not doing enough to protect them. In more rural areas, Hazara communities have built up well armed local militias hellbent on protecting their land. In major cities like Kabul and Mazar-e Sharif, however, they face a lack of protection from ISKP fueled by discrimination by the Taliban government, who have also regularly persecuted the ethnic minority for decades. 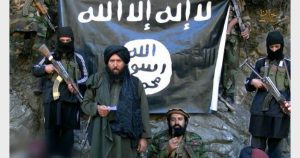 The terrorist group known as ISKP was formed in 2015 from dissident leaders of Pakistan’s Taliban, known as Tehrik-i-Taliban (TTP). TTP militant Hafiz Saeed Khan was the group’s first Emir, with former Afghan T-ban leader Abdul Rauf Aliza being chosen as second in command. The move by the greater ISIS terror group to create ISKP came amid tensions between fractured TTP factions over the political and religious direction of the group. An intense propaganda campaign by IS and several meetings with TTP leaders ultimately lead to the formation of the group and its allegiance to Abu Bakr al-Baghdadi.

From there, ISKP actively sought to recruit former members of the T-ban who believed the group was not hardline enough in its Islamic beliefs, ultimately establishing a presence in Nangarhar province, Afghanistan. Attempts to recruit T-ban members and take over T-ban controlled areas of Afghanistan quickly led to ISKP and the Afghan Taliban declaring war against each other, where they have been fighting since. While having relatively smaller numbers (estimates of 2,500 members) and a largely decentralized leadership now that the self proclaimed Caliphate has fallen in Iraq and Syria, ISKP cells have largely been responsible for most bombing attacks against Kabul for several years, such as dozens of magnetic IED attacks against police, government, and human rights figures. Since the takeover, the Taliban has struggled to counter increased ISKP attacks against civiians and its own ranks, with suicide bombings, gunman attacks, and ambushes becoming more prevelent across the country.