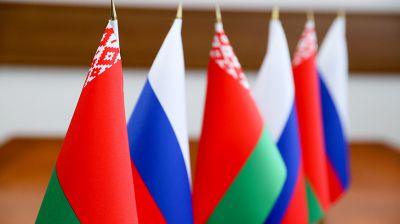 On October 9th, 2022, Belarusian President Lukashenko announced that a number of his troops would deploy in a combined grouping of forces with Russian troops. From Belarusian state-owned media:

”Presidents of Belarus and Russia Alexander Lukashenko and Vladimir Putin agreed to deploy a joint regional group of troops. This was announced by the head of the Belarusian state at a meeting on security issues.

Alexander Lukashenko recalled that in St. Petersburg, after the informal CIS summit, he had a one-on-one meeting with Russian President Vladimir Putin. “In connection with the escalation on the western borders of the Union State, we agreed to deploy a regional grouping of the Russian Federation and the Republic of Belarus. This is all according to our documents. If the threat level reaches the current level, as it is now, we begin to use the Union State grouping. The basis (I always said this) of this grouping – the army, the Armed Forces of the Republic of Belarus. I must inform you that the formation of this grouping has begun. It has been going on, in my opinion, for two days. My order was given for us to start forming this grouping, ” – said the Belarusian leader.

Alexander Lukashenko also noted that Russia is not up to this conflict now. “The second conflict was still missing. You know that they have enough problems. Therefore, you can’t count on a large number of the Armed Forces of the Russian Federation. But it will not be one thousand people,” he said.

“And be ready to receive these people in the near future and place them where necessary, according to our plan. Without busting, without escalating the situation and the situation,” Alexander Lukashenko instructed the Minister of Defense.”

Meaning that Russian Ground Forces from the mobilized personnel will deploy to Belarus for a force to be used at the discretion of the MoD. While the embattled President claimed the force would deploy to the Polish border to counter aggression, a large majority of the Belarusian military is already deployed along the Ukrainian military at historic training sites. Belarus still allows Russian Aerospace Forces to launch air-to-surface missiles into Ukraine from their airspace.

Head the of the Russian State Duma Defense Committee Andrei Kartapolov, had this to say regarding the deployment:

“As for the participation (of the joint forces) in a special military operation, I think that there is no need for this. The group that performs tasks is quite capable of fulfilling these tasks,”.

According to him, the grouping is being deployed to the Polish border to counter “Polish buildup”.

“Therefore, of course, we cannot remain indifferent … This is not a new grouping, it is provided for within the framework of the Union State. And that’s what it is called – the Regional Grouping of the Armed Forces of the Republic of Belarus and the Russian Federation. Annually, its deployment and solution of tasks were practiced at planned exercises. “today, a decision has simply been made at the request of the President of Belarus to deploy this grouping. It is too early to say to what extent. The decision will be made by the general staffs of our countries,”

However, the possibility of Belarusian and Russian troops opening a new front into Northern Ukraine should not be discounted.