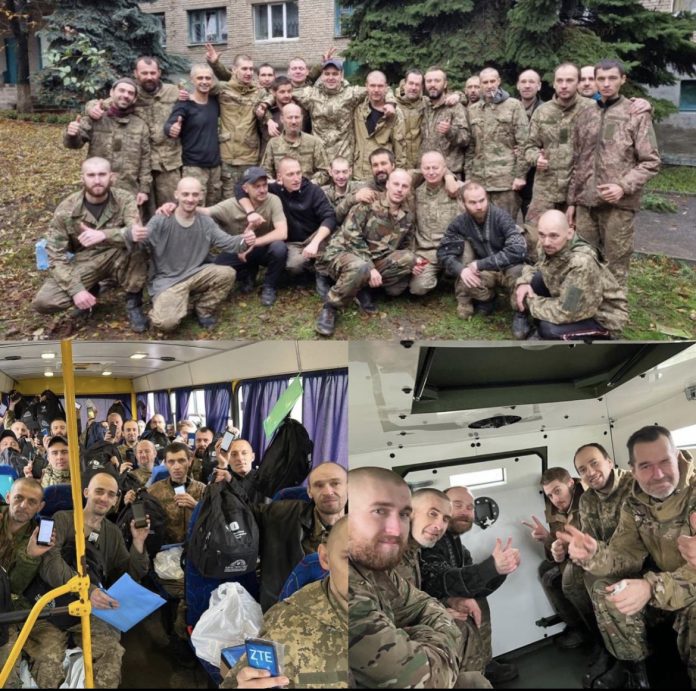 32 Ukrainian prisoners of war and the body of an Israeli foreign volunteer have been exchanged today.

Yermak noted that the deceased Israeli Dmitry Fialka had been living in Ukraine for the past two years, working as a children’s football coach at the Dynamo club (Lviv).

“He fought for Ukraine, it was here that he met his love – the girl with whom they had children. He went to the front as a volunteer.”

He vowed that Ukrainian POWs, now most likely ten thousand, will continue to be brought home: “We are returning people. And we will return everyone. We will fight for every Ukrainian. After all, our people are our most valuable treasure. And we will win. There is no doubt about it. Glory to Ukraine. Heroes are at home.”

Ukraine said earlier on October 11 that it had negotiated the return of dozens of Ukrainian soldiers’ remains. “Another transfer took place: 62 fallen heroes were returned home,” the Ukrainian ministry responsible for the reintegration of occupied territories said in a statement. “The negotiations were difficult,” the ministry said, adding that the returned remains included soldiers who had been held in a Russian-controlled prison in Olenivka in eastern Ukraine’s Donetsk region. Russia and Ukraine in July accused each other of carrying out deadly bombardments on the prison. Kyiv denied targeting civilian infrastructure or prisoners of war. Russia said the Ukrainian prisoners held at the facility included members of the Azov Battalion who had defended the Azovstal steelworks as the last holdouts in the Ukrainian port city of Mariupol.

Russia did not comment on the ministry’s statement on the return of the remains or on the prisoner swap.