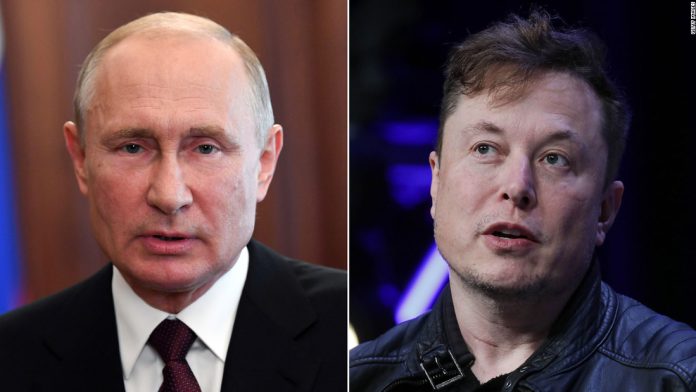 Elon Musk has denied the accusations by the Eurasian Group and Vice report that he spoke with Putin: 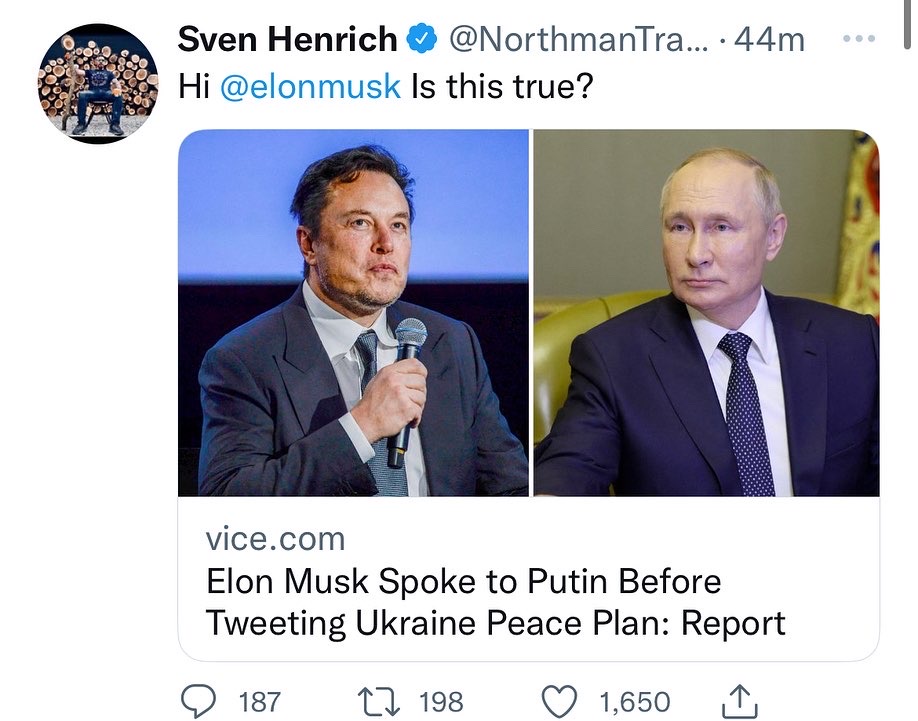 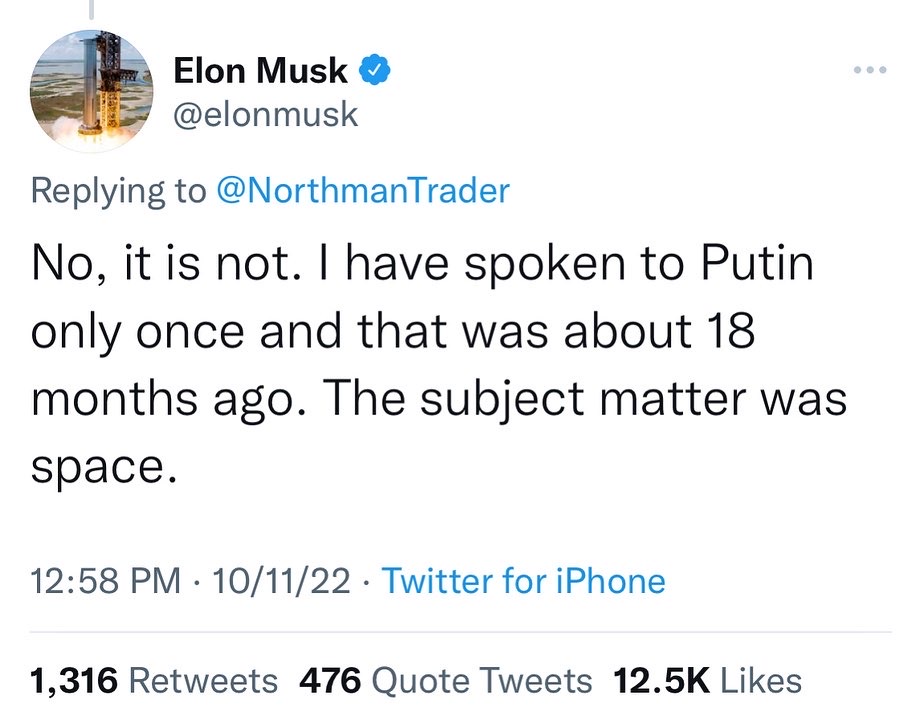 In a story broken by Vice News, the Eurasian Group, a political consultancy founded by Ian Bremmer, put out a statement saying that Tesla CEO Musk told him that Putin was “prepared to negotiate,” but only if Crimea remained Russian if Ukraine accepted a form of permanent neutrality, and Ukraine recognized Russia’s annexation of Luhansk, Donetsk, Kherson and Zaporizhzhia. The two men apparently held a phone conversation the same day as Musk’s tweet.

Musk then put out a tweet calling for a negotiated settlement:

– Redo elections of annexed regions under UN supervision. Russia leaves if that is will of the people.

– Crimea formally part of Russia, as it has been since 1783 (until Khrushchev’s mistake).

According to the statement by Bremmer Musk said Putin told him these goals were non-negotiable and would be accomplished “no matter what,” including the potential of a nuclear strike if Ukraine invaded Crimea, which Russia annexed in 2014. This red line has been explained before but has recently been exasperated by the annexation of four Ukrainian oblasts which now raises the question if the Crimean standard would be applied throughout these new accessions.

This report by Vice News paints a non-favorable image for Mr. Musk, whom pro-Ukrainian sources have labeled a mouthpiece for Russian propaganda. Direct discussions between the two leaders only reinforce that accusation.

If true, the question stands, was President Zelensky consulted before leveraging Mr. Musk’s massive Twitter following on this sensitive topic? The Russian Federation holds most of the leverage in this war considering its armament and threat of the use of nuclear weapons, thus it seems that Ukraine, which was invaded, is once again being left out of the public discourse concerning the war.