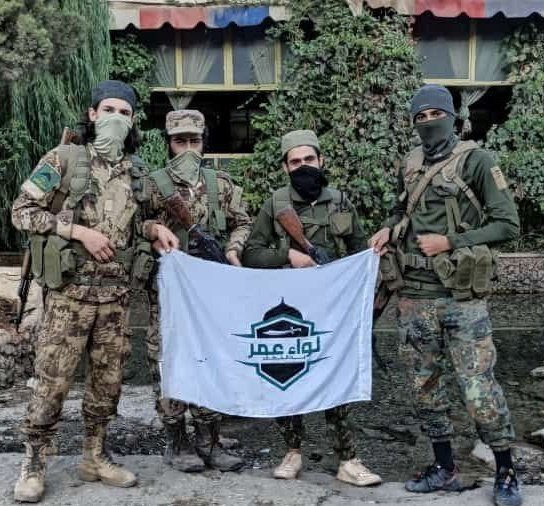 In what came as a bit of a surprise to anyone who follows the conflict in Syria, Hay’at Tahrir al-Sham (HTS) militants stormed and captured the key Syrian city of Afrin, which sits in the northwest corner of Aleppo Province and has been controlled by militants of the Turkish-backed Syrian National Army (SNA) since 2018 during Turkey’s Operation Olive Branch. The opportunity was prime, however, as infighting between factions of the SNA left the security situation in the area fragile following the assassination of a well known social figure from the area.

The SNA is comprised of several factions, which include the Third Legion, Hamzah Division, Levant Front, and al-Sultan Malik Shah to name a few. Muhammad Abdul Latif, better  known as Abo Ghanoum, was a prominant social figure and activitist in the area, who was both critical of Bashar al-Assad’s government and many of the factions that make up the SNA, which he accuses of corruption and violence against civilians. According to the Middle East Eye, Ghanoum started making enemies with the SNA in recent weeks. Last month, he organized protests against the al-Sultan Malik Shah division for seizing civilian houses and refusing to leave. Last week, he began to receive death threats from leadership of the Hamzah Division after siding with the family of a local policeman that broke up a drug ring allegedly run by Hamzah Division members. On Friday, Ghanoum and his pregnant wife were assassinated by Hamzah Division gunmen in the city of al-Bab.

A local military source told the North Press Agency that “The HTS exploited the intra-factional clashes between the factions of the Hamza Division, the Third Legion and the Levant Front in the city of al-Bab, which spread this evening to Afrin and its countryside. The infighting prompted the HTS to enter Afrin region under the pretext of resolving the conflict between the factions.”

An alleged video shows "Jabhat al-Shamiya" militants carrying out an attack against a HTS vehicle. Militants seemingly used a BGM-71D/E TOW-2(A) ATGM to carry out the attack. pic.twitter.com/QjsoMVWhk3

HTS was said to have taken the city of Afrin in just a few hours on Thursday, with militants pushing into neighboring villages.

HTS is arguably the most powerful militant group in Idlib and north-west Syria, which over the past year has been consolidating its power even further by giving rival jihadist groups operating in the region the ultimatum of joining HTS, dissolving, or be moved out by force. While having historically deep roots to al-Qaeda, HTS has attempted to “rebrand” itself in recent years to be taken off international terrorist lists, especially for Russia, Turkey, and the United States. That past two years has seen intense crackdowns on other extremists groups operating in Idlib, such as Hurras al-Din, which has quickly seen the group become one of the most prominent opposition forces in the country with a heavy presence in Syria’s northwest. It is also speculated that HTS’ increased presence and operations against other Jihadists groups are in an effort to allow them to take part in any political discord about the region and is attempted signaling that they can be a significant long term actor in the region.