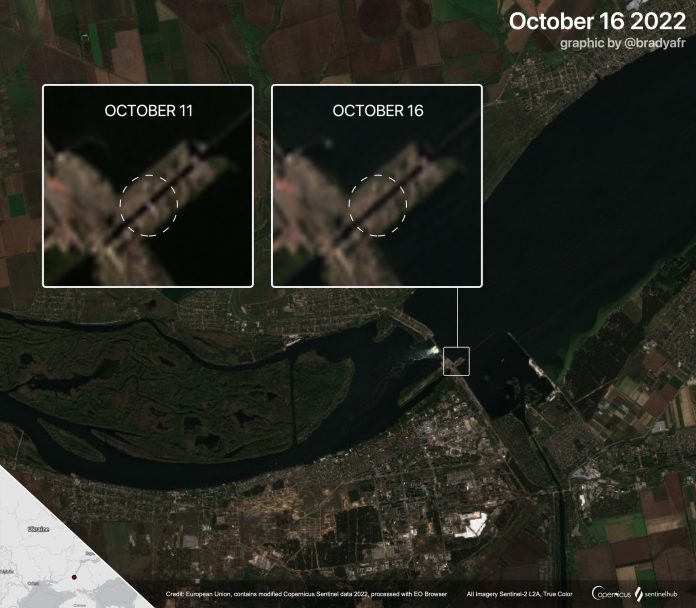 Five days ago it was reported that Russian forces removed 15/17 barges that were serving as pontoon bridges across the Dnieper River in the vicinity of Kherson city and Nova Khakovka.

Satellite imagery seems to confirm that reporting. This may indicate that Russian Ground forces will withdraw further South along the banks of the river towards Kherson, consolidating their defenses around the key city instead of contesting the crossing at Nova Khakovka which this imagery shows.