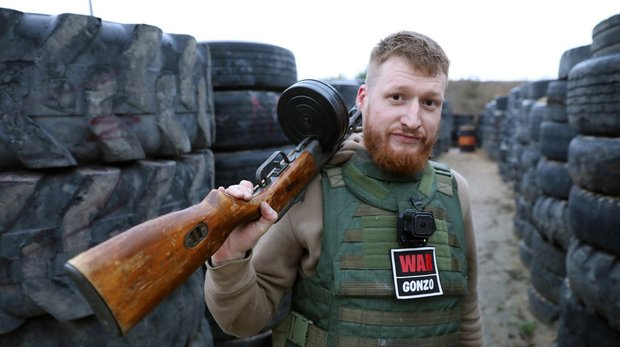 Update (1236 EST): Pegov reportedly stepped on an anti-personnel mine and received an open fracture and lacerations of his foot.

Update (1207 EST): Pegov is hospitalized with a leg injury at Republican Trauma Center in Donetsk.

According to Russian War Correspondent Seymon Pegov aka WarGonzo’s Telegram account, he has has been gravely injured near Donetsk. This is developing.

Semen Vladimirovich Pegov (aka Semyon Vladimirovich Pegov), born 9 September 1985) is a Russian journalist, propagandist, and writer. He works for the military project WarGonzo and a Telegram channel, which has been associated with the Russian special services. Some of his publications have been accused of being staged, or fake news. He has covered several conflicts ranging from Belarus civil unrest, the Nagorno-Karabakh war, and most recently the 2022 Russian invasion of Ukraine.