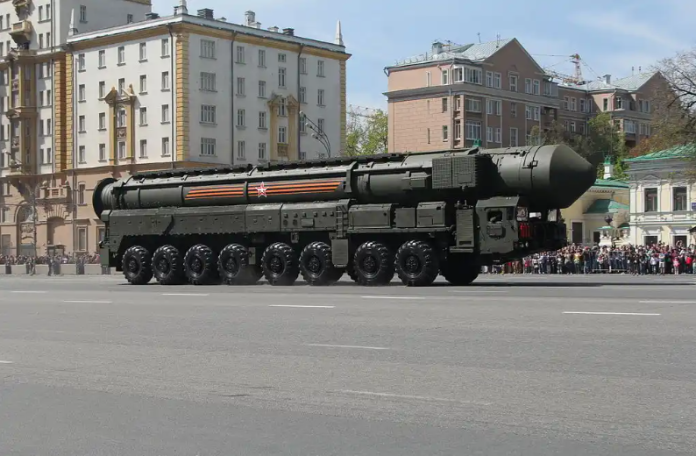 Russian state-owned media has reported that in the last hour, three Inter-Continental Ballistic Missiles were fired by military units in the Barents Sea, Kura Training Ground, and the Plesetsk Cosmodrome. The RS-24 YARS, also known as the SS-29 or SS-27 MOD 2 is a thermonuclear capable ICBM usually carried by a road mobile Transporter Erector Launcher (TEL). This missile was fired from Plesetsk and Kura.

The R-29RMU, which was fired from a Russian submarine in the Barents Sea, is a Russian liquid-fueled submarine-launched ballistic missile with GRAU index 3M27, designation SS-N-23A Skiff. It can carry four warheads and is designed to be launched from Delta IV-class submarines, which are armed with 16 missiles each.

From Russian State-Owned Media: “Launches came from the Plesetsk cosmodrome and the Sineva ballistic missile from the Barents Sea at the Kura training ground in Kamchatka were carried out during a training session of the strategic deterrence forces, which was observed by Russian President Vladimir Putin on Wednesday, according to the Kremlin website.

“At the Kura test site in Kamchatka, the Yars intercontinental ballistic missile was launched from the Plesetsk state test cosmodrome and the Sineva ballistic missile from the Barents Sea. Long-range aircraft Tu-95MS , which launched air-launched cruise missiles, were also involved in the implementation of the tasks,” – the message says.”