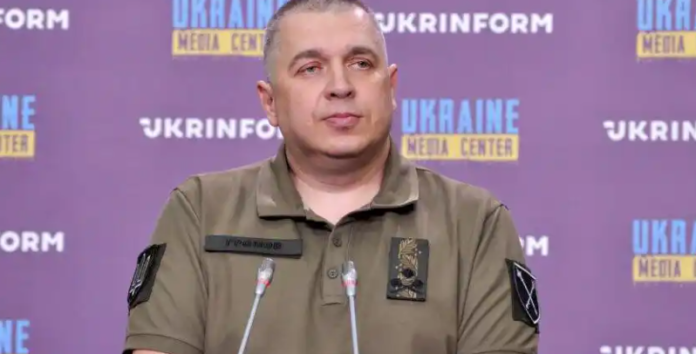 Deputy Chief of the Main Operational Department of the General Staff of the Armed Forces of Ukraine, Oleksiy Hromov, addressed Ukrainian and international press today covering several topics. The first being that mobilization rates in the country will not increase due to monthly quotas being met since the February 24th invasion. Since February, Ukraine has probably mobilized 200,000 national guard troops and reservists . This mobilization and international weapons shipments have fueled the counteroffensives in Kharkiv, Kherson, and Zaporizhzhia oblasts.

“Mobilization events in Ukraine have been held since February 24, the events are being held as planned. Every month, a person liable for military service is called up to resupply certain military structures or to form new structures, according to the situation at the front, the decisions taken by the military-political leadership,” he said. This statement aligns with NSDC Secretary Danilov’s comments that the third mobilization wave is filling gaps adequately and as planned.

His comments then turned to the Russian forces, which he believes will execute false flag attacks on critical infrastructure, specifically the Zaporizhzhia Nuclear Power Plant. The Russian Ministry of Defense has already signaled that the Ukrainian Armed Forces have prepared a mock Iskander missile system to strike the plant themselves, then blame Russia. Both sides are heavily hinting that a disaster will happen at the plant, raising the suspicion that one actually will. Russian sources also purported that a similar rocket strike would be made against the Chernobyl Nuclear Power Plant. These claims were given legitimacy by Defense Minister Shoigu who called several of his Western counterparts to warn them.

“It is most likely that during the retreat, the enemy, in addition to mass evacuation, may resort to a series of terrorist attacks with undermining housing estates, turning the temporarily occupied territory into scorched earth, causing critical damage to the infrastructure of the territories returned to Ukraine,” Hromov said.

“It is not ruled out that the occupiers may organize explosions at the Zaporizhia nuclear power plant in order to permanently disable it and provoke a local man-made disaster, blaming Ukraine for this,” he explained.

According to Russian sources, more than 75,000 civilians have already been evacuated across the Dnieper River from Kherson, as well as a number of Russian military personnel.

Most troubling of all, Hromov told press that there is a developing threat against Kyiv from a combined grouping of forces being formed in Belarus. Over the last two weeks, approximately 9,000 Russian troops and corresponding support vehicles have crossed into Belarus to join with the approximately 15,000 Belarusian troops dispersed along their Southern border with Ukraine. Both Lukashenko and Putin have claimed this force is to secure Belarus from “terrorist activities.”

“The enemy may resort to an operation, first of all, from the Republic of Belarus,” Hromov said. Alluding to the grouping of forces conducting a ground assault to seize Kyiv and enact regime change. This is the first time that the Ukrainian government has publicly admitted a threat from the forces in Belarus. However, Hromov told press that Ukraine is prepared for such an event.