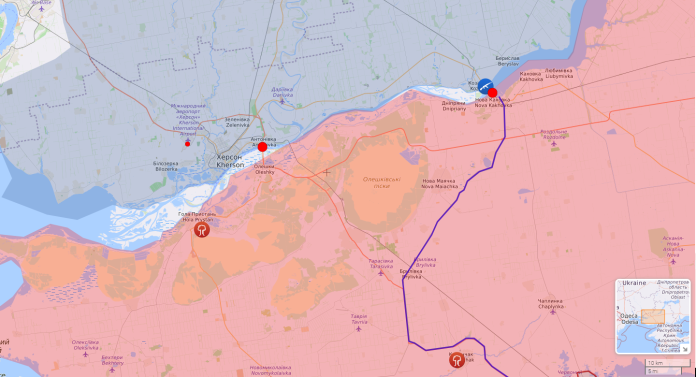 In the last twenty-four hours, Ukrainians have been celebrating the liberation of Kherson, the first Ukrainian city to fall to the Russian invasion in February 2022. By March 1st, Russian Ground Forces swiftly moved across Kherson Oblast and fought a pitched multi-day battle for Antonivs’kyy Bridge, which they destroyed upon leaving Kherson this week. The eight-month occupation of the port city came to a dramatic close when Russian Defense Minister Shoigu announced on November 7th, that ground forces would evacuate to the Crimean side of the Dnieper River, abandoning the city that Russian troops fought so hard to seize at the beginning of the war.

On November 11th, Defense Minister SHoigu announced that the evacuation had been completed and both the Antonivs’kyy Bridge and the Nova Kakhovka Hydroelectric Dam Bridge had been blown to prevent Ukrainian troops from following. However, it does not seem that those countermeasures are preventing the Ukrainians from crossing the strategic waterway.

At 1400 EST on November 14th, Russian-appointed Kherson Oblast Governor Saldo announced that Russian forces were in complete control of the Kinburn Spit after reports had emerged that Ukrainian troops had crossed the Dnieper River and seized the peninsula in Mykolaiv Oblast. 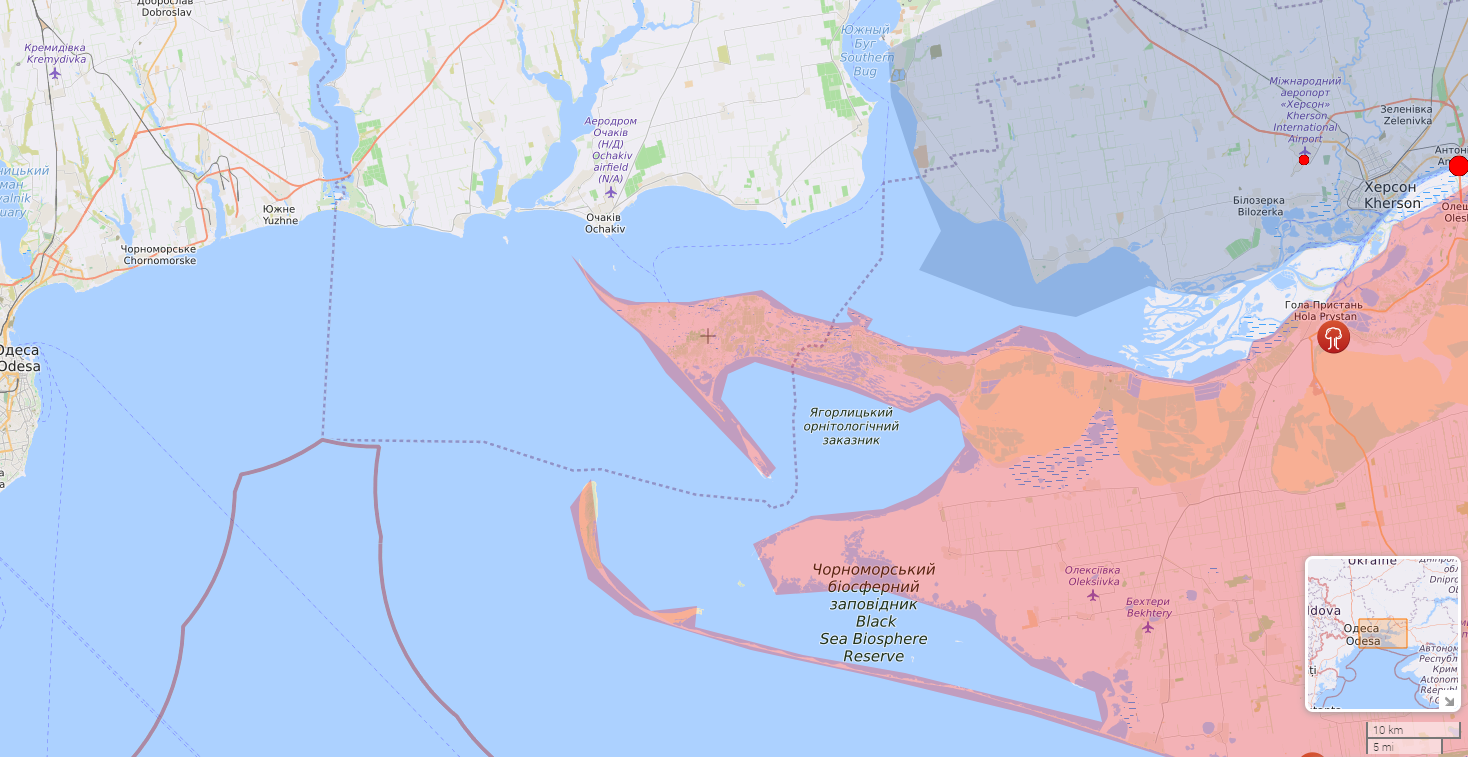 Those reports began at approximately 1400 EST on November 13th, 2022 with several pro-Ukrainian pages claiming that an amphibious force had departed Ochakiv, along with several videos claiming to show dozens of Ukrainian Rigid Hull Inflatable Boats (RHIBs) in the water at undisclosed locations. Although Saldo reported that the Spit was still under Russian control, several pro-Russian pages reported the opposite and that Russian MLRS had already departed the peninsula since “we didn’t really need it”.

In addition to this reported crossing, several Ukrainian and Russian sources have alluded to serious military activity at Nova Kakhovka where Russian Ground Forces damaged several locks of the hydroelectric plant in a bid to stop Ukrainian forces from crossing. The Telegram page for the 205th Motorized Rifle Brigade, which was one of the first sources to report the evacuation of Kherson, stated that ” Everything is bad” in Kakhovka which could allude to the makeshift defenses that have been hastily established there in the face of Ukrainian shelling across the river. Kherson Oblast Regional Council Deputy Khlan then told his social media followers: “are you ready? Kakhovka! Nova Khakhovka! Glory to the Armed Forces of Ukraine”. This was in addition to several other users saying that Ukrainian Ground Forces were already across the river in Nova Kakhovka, although this information has not been confirmed.

In the next twenty-four hours, it is important to watch for developments in this area. If Ukrainian Ground Forces can establish a beachhead on the bank of the Dnieper River, then they can continue to exert pressure on an already retreating Russian force.