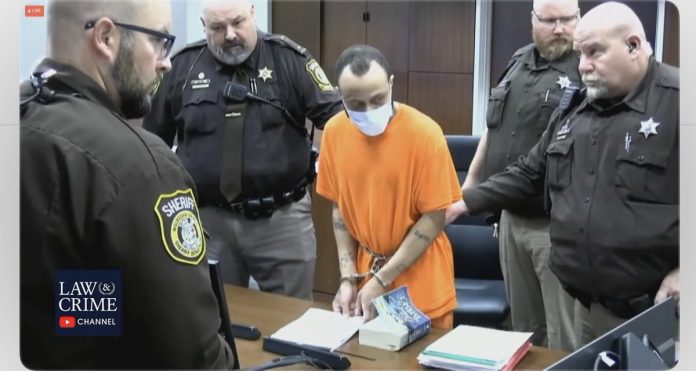 Darrell Brooks, the man convicted of killing six people and wounding 62 others during a car ramming attack at a Christmas parade last year in Waukesha, Wisconsin, has been sentenced to six consecutive life sentences without the possibility of parole and an additional 1,067 years.

On November 21, 2021, Brooks intentionally drove his SUV at high speeds through a Christmas parade, where he targeted crowds and drove in a zig zag pattern to strike as many people as possible. Among the dead were four elderly women who were part of the Milwaukee Dancing Grannies, an 81 year old man, and an 8 year old boy. Over a dozen children were among the wounded. Brooks was arrested by authorities hours after the attack when he was caught going door to door asking local residents to get him an Uber.

After receiving 6 consecutive life sentences for the Waukesha Christmas Parade massacre, Darrell Brooks receives the rest of his sentence. Judge Dorow tells him "Frankly, you deserve it."

Brooks had an extensive criminal history, which consisted of several charges related to domestic abuse and sexual assault. At the time of the attack, Brooks was out on a $500 bail awaiting trial for allegedly shooting his nephew in 2020, as well as being out on a bail for allegedly beating and running over his girlfriend earlier in November, where he faced charges of second degree recklessly endangering safety, felony bail jumping, battery, obstructing an officer and disorderly conduct. Brook’s social media often contained anti-White, Black Nationalist, and anti-semitic content.

Prosecutors believe Brooks intended to kill as many people as possible during the attack, but did not classify this attack as terrorism. Authorities say that his exact motive remains un-determined.

Brooks attempted to represent himself in court when his trial started in February, where he argued he was a sovereign citizen and was frequently removed from the courtroom for outbursts and interruptions. While pleading not guilty to 76 charges against him, he was convicted on all charges on October 26, 2022.