No One Will Take Goma

No One Will Take Goma

M23 Rebels near the DRC city of Goma as the East African Community intervention force makes their stand. 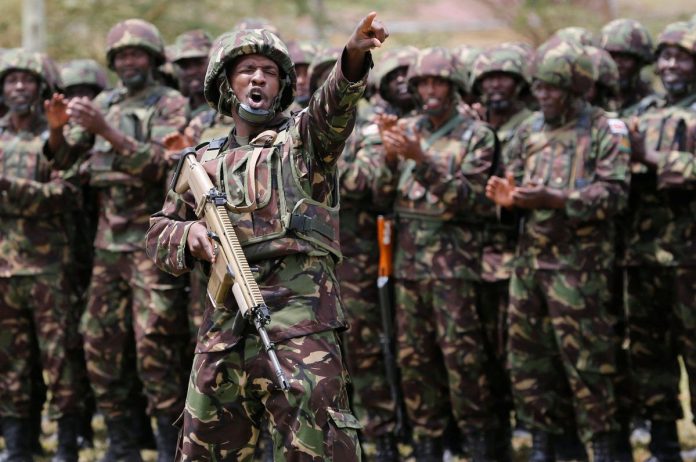 A strong message from Kenyan General Jeff Nyagah, the head of the East African Community’s (EAC) intervention force in the Eastern Congo. His promise is in regards to the recent advances of the M23 rebels, who have been placed a mere 20km from Goma, the regional capital of the North Kivu province. They took the city once before in 2012, something the DRC and the EAC Forces do not wish to see again.

Around 160 Kenyan troops are currently in the city. Kenya, asked to head the intervention force by DRC, is specifically tasked with fighting the M23. Around 1,000 troops were deployed when Kenya officially joined the force two weeks ago.

Since the M23 began yet another offensive on October 20th, a whopping 188,000 people have fled from fighting. This is on top of the hundreds of thousands of others that have fled since the M23 resurfaced en masse in March 2022.

The sheer amount of refugees is quickly spawning a crisis, as many reside in makeshift camps where food is scarce. Many neighbouring countries are suffering from an extreme influx as well. Malawi, a rather poor nation with only one refugee camp, currently hosts 56,000 people in the camp meant for 10,000.

The EAC’s intervention is a small glimmer of hope after decades of UN peacekeeping failed to secure the volatile East.

« Those who fail or refuse to voluntarily disarm, then we’ll go for them » – General Nyagah

4/6 EAC nations (other than DRC) currently participate in the intervention force. Kenya, Uganda, South Sudan, and Burundi have deployed. Tanzania and Rwanda, however, have not. It was agreed upon by the other nations that Rwanda should not participate in the force. Rwanda is accused by DRC of supporting the rebels, which they have continuously denied. However, a confidential report by the UN that was released only to Reuters states Rwanda is indeed supporting the M23, and even claimed to have pictures of Rwandan troops inside DRC.

« They have arms that rebels cannot have, this is a professional army we’re fighting »

Whatever happens, peace seems a long way off for the troubled nation of DRC.