Several civilians were killed this week in the ongoing exchange between the various factions in Syria. 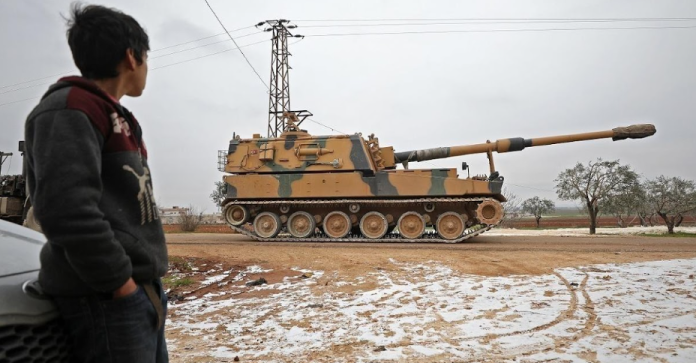 This week, the Syrian Democratic Forces (SDF), Syrian Arab Army (SAA), and Turkish armed forces have repeatedly shelled each other’s positions resulting in dozens of casualties, often with little regard to civilians in the area. This coincides with comments made by Turkish President Recep Erdogan that a ground operation will commence against the Kurds in northern Syria. The Turkish Ministry of Defense has also announced their bombardment of Kurdish positions have killed 254 fighters, following the terror attack in Istanbul, an act of terror the Kurds have denied involvement in.

However, in Azaz just north of Aleppo, five civilian deaths are being attributed to SDF shelling as they attempt to respond to Turkish attacks. Reports from the region say the SDF targets were in a residential area, with one of the five deaths being a child and the rest being adult aged men, one of which was reported to be newly married.

Nearby in Tadil, SAA forces and their Russian allies are accused by the Turkish-backed Syrian Civil Defense, or White Helmets, of injuring one civilian when they hit opposition forces in a civilian neighborhood.

Meanwhile, the Kurds in the Syrian Democratic Forces have been outspoken with the United State’s response to Turkish strikes into northern Syria. According to the United States, no U.S. forces were in danger as Turkish bombs fell on a joint U.S.-SDF base and that Turkey has legitimate terrorism concerns along their southern border with a right to defend itself. Statements that contradict those made by the SDF.

President Erdogan has also been outspoken in an attempt to rally his nations behind the fighting, telling Reuters, “God willing, we will destroy terrorists with tanks and soldiers as soon as possible.”

Despite the heavy fighting, peace talks between these factions are ongoing in Kazakhstan.