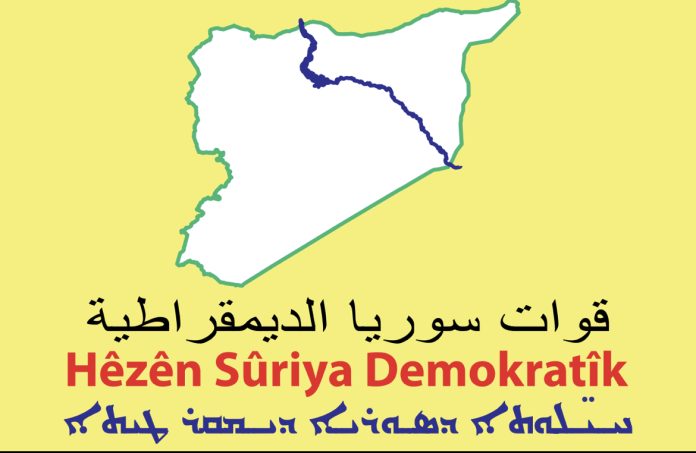 The Syrian Defense Forces (SDF) have reportedly suspended their anti-ISIS mission amid dozens of Turkish airstrikes and artillery barrages this past week. According to SyriaTV, a traditionally pro-SDF outlet, officials in the SDF told Coalition partners on Tuesday that they would not participate in anti-ISIS operations in a protest against the U.S.’ unwillingness to deter Turkish Airstrikes on SDF positions. In this meeting, U.S. forces demanded that SDF fighters do not escalate with Turkey.

According to the source, Turkish strikes in the last twenty four hours near the operations center of SDF commander Mazloum Abdi, and a US forces base north of  Hasakah, was the final straw in convincing SDF fighters to withdraw support.

The spokesperson for the YPG Nuri Mahmoud also made this statement concerning coalition (U.S.) actions against Turkey.

The timid and weak statements by the guarantor countries and International Coalition that worked with us (YPG/YPJ/SDF) in the fight against global terrorism to defeat ISIS, only embolden Erdogan's regime in Turkey to wage an illegal war on north and eastern Syria (Rojava).

These comments came after USCENTCOM comments that U.S. forces had not been endangered by strikes, raising SDF frustrations that U.S. and Turkish officials coordinated before hand, which has not been confirmed.

These frustrations have only been exacerbated by this mornings strikes after three SDF fighters were killed near Abu Rasayan and Tal Tamr where an additional four fighters were killed. In the last two hours, multiple oil pumping stationed were struck by Turkish munitions in Mashouq and Al Qaws.

The Syrian Democratic Forces (SDF) is the official defence force of the Autonomous Administration of North and East Syria (AANES). An alliance of forces formed during the Syrian civil war composed primarily of Kurdish, Arab, and Assyrian/Syriac, as well as some smaller Armenian, Turkmen and Chechen forces. It is militarily led by the People’s Protection Units (YPG), a Kurdish military force, and also includes several ethnic militias, as well as elements of the Syrian opposition’s Free Syrian Army. Founded in October 2015, the SDF states its mission as fighting to create a secular, democratic and federalised Syria. According to Turkey, the Syrian Democratic Forces has direct links to the PKK.

On 12 October 2015, the Pentagon confirmed U.S. C-17 transport aircraft dropped 100 pallets with 45 tons of arms and ammunition over SDF-controlled territory in the Autonomous Administration of North and East Syria. Polat Can, spokesman of the SDF component militia People’s Protection Units (YPG), identified the freight as being “assault rifles, mortars and ammunition, but no TOW anti-tank missiles nor anti-aircraft weapons”.The airdrop came only days after the Pentagon had officially abandoned its failed $500 million train-and-equip program that armed mainstream opposition groups who were also opposed to ISIL. Since then US forces have worked hand in hand with the SDF in defeating ISIS in Northern Syria and Iraq. (Wiki)

Previous article
The IMF Has Come to an Agreement With Ukraine, Opening the Door to Billions in Aid
Next article
EU Parliament Suffers DDoS Attack After Declaring Russia a State Sponsor of Terrorism