At approximately 0752, after more than twenty five Russian missiles struck electrical infrastructure throughout Ukraine, the  Khmelnytskyi Nuclear Power Plant in Netishyn, Khmel’nyts’ka Oblast, Ukraine was taken off the electrical grid. Although the plant itself was not struck by Russian missiles, Ukrenergo, the Ukrainian energy operators charged with managing the electrical output of the plant, had to remove the plant from the grid due to outages and surges associated with the strikes. The plant has been placed in emergency mode. The South Ukraine NPP has also been taken off the grid in order to alleviate demand and the possibility of surges on damaged infrastructure. 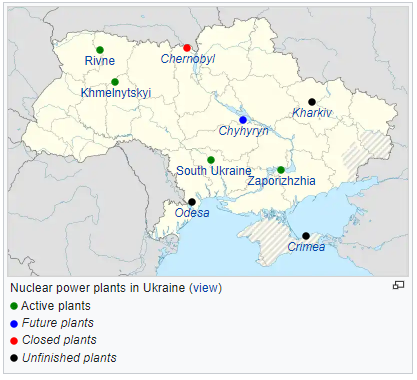 Ukraine currently operates four Nuclear Power Plants: Khmelnytskyi, Rivne, South Ukraine, and Zaporizhzhia (which is in Russian hands). This mornings announcement means that two of the three active Ukrainian nuclear power plants under Ukrainian control are not supplying the grid. Between the two active reactors at Khmelnytsky, four at Rivne, and three at South Ukraine, approximately 50% of Ukrainian energy production has been put offline by these disconnections. 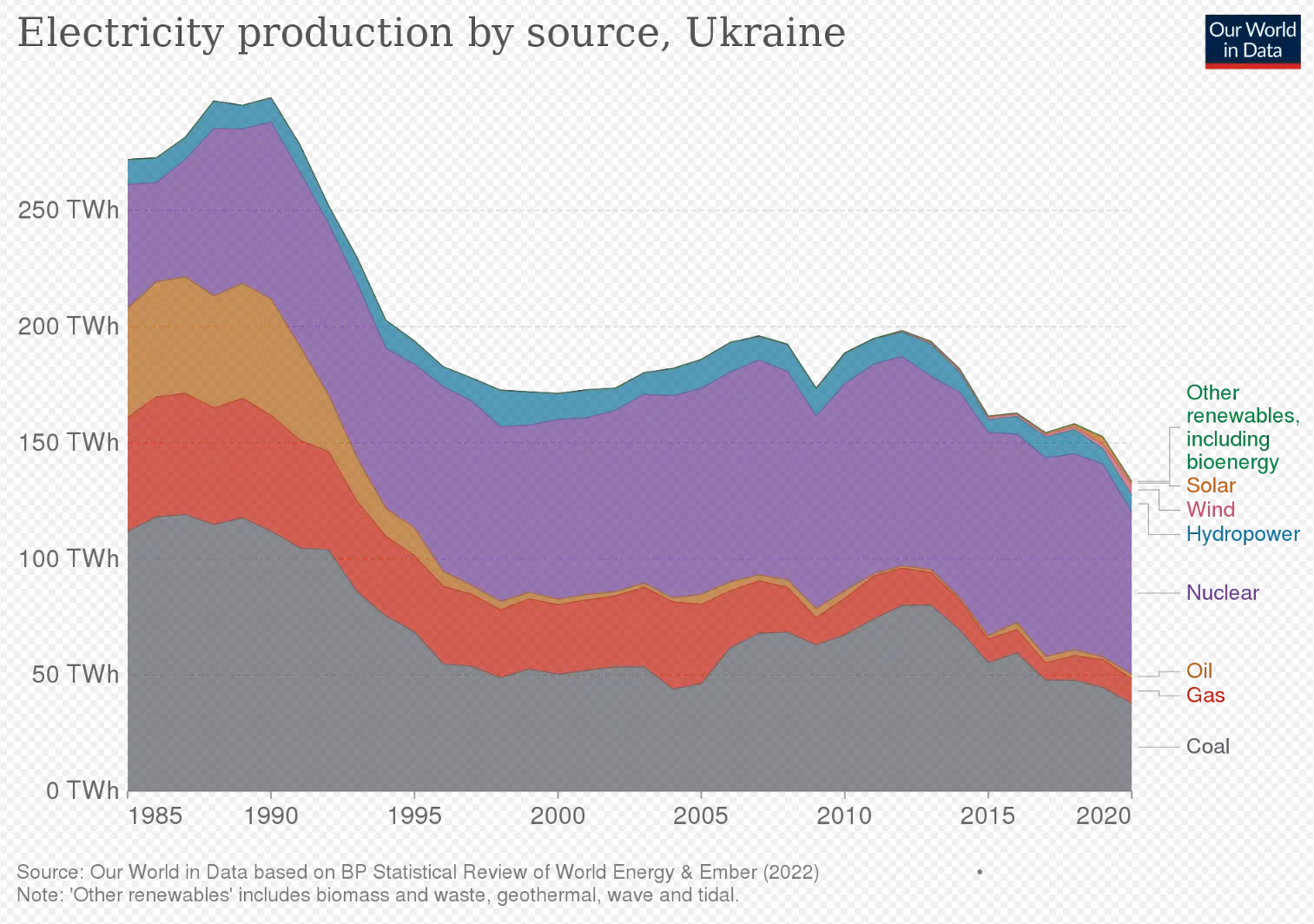