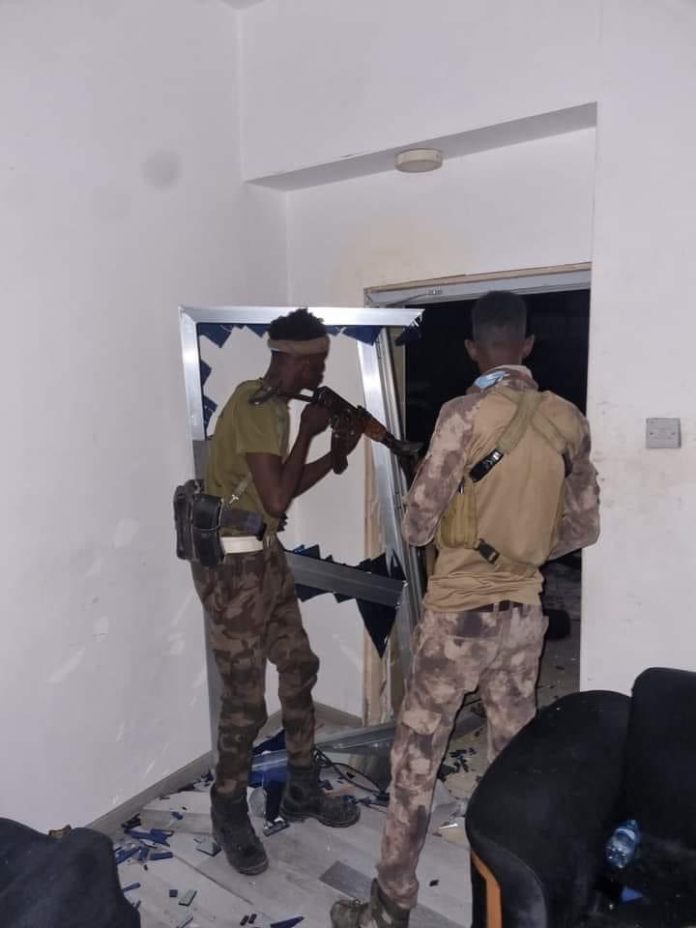 al-Shabaab has recognized that their militants were killed. However, they are also claiming that they killed 52 and injured 39 including Somali ministers and members of parliament. This has not been confirmed and has been refuted by the Somali government.

After nearly twenty one hours, Somali Security Forces broke the al-Shabaab siege at the Villa Rays Hotel across the street from the Somali Presidential Palace in Mogadishu. Security forces reported that 8 civilians and 1 soldier were killed along with six al-Shabaab gunmen. Around sixty people were rescued.

Police concluded an operation against terrorists who attacked Villa Rays hotel in #Mogadishu killing all 6 militants. 8 civilians and 1 soldier were killed in the terrorist attack and 5 others wounded. 60 people were safely rescued, Police Spokesperson @sadik_ali1 confirmed . pic.twitter.com/W9mZ3VlFfG

The attack began yesterday at around 1200 EST, when two VBIEDS exploded in front of the hotel where members of the Somali parliament were gathered. Al-Shabaab militants then stormed the the Villa Rays hotel and secured a guest house which is adjacent to the Presidential palace. Pro-Shabaab media outlets made various claims throughout the day and warned civilians to avoid the area. The reports also claimed that the attack showcased the groups strength.

The outlets also claimed that Al-Shabaab is fighting for implementation of Sharia Law in Somalia and that attacks will continue.

The Somali President, Hassan Sheikh, went about his daily routine during the siege and attended the Somali International Investment Conference in Mogadishu. This sparked some criticism but also praise as local media outlined that Somalia must look to the future while battling groups that would seek to bring Somalia backwards.