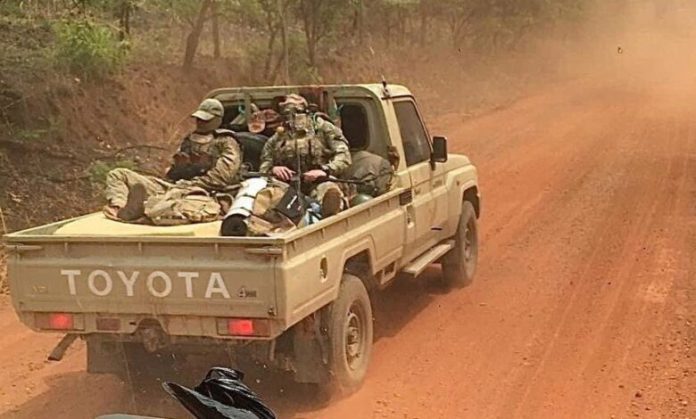 According to Central African Republic (CAR) officials, an unidentified aircraft carried out airstrikes against CAR forces and Russian Wagner PMCs in the city of Bossangoa in the early hours of November 28.

Government of The Central African Republic claiming that an unidentifed aircraft carried out an airstrike on a CAR military facility, likely associated with Russian PMUs in recent hours pic.twitter.com/QOlZGVVjvS

A communique from the CAR government reported that an unidentified aircraft “dropped explosives in the city targeting the base of our Defense and Security Forces (FDS) [and] that of our Allies,” which “caused significant material damage.”

The statement went on to add that “after committing these crimes [the aircraft] flew over the city of Bozoum, and took the direction of the North of the Central African Republic before crossing our borders.”

“To this end, the government wishes to inform national and international opinion that this despicable act perpetrated by the enemies of peace cannot go unpunished.”

While speaking to AFP, local officials confirmed that Russian contractors were also targets of the strike. Etienne Ngueretoum, a regional water and forestry director, told the outlet that a Russian base was hit by the strikes. This was backed by Mayor Pierre Denamguerre, who also told AFP that a cotton factory being used by Russians was hit.

The number of casualties, if any, remains unknown.

While the exact origin of the aircraft remains unclear, the CAR government suggested it flew in from neighboring Chad to the north. The two countries have faced escalating tensions over the years as CAR accuses Chad of arming and housing rebel groups who operate within the border regions. The tensions have often lead to small border clashes between the two country’s forces.

Previous article
Somali Security Forces End Day-Long Siege, Mogadishu
Next article
Kirby Says Turkey Has Right to Defend Itself, but Should Hold Off on Syria Operations