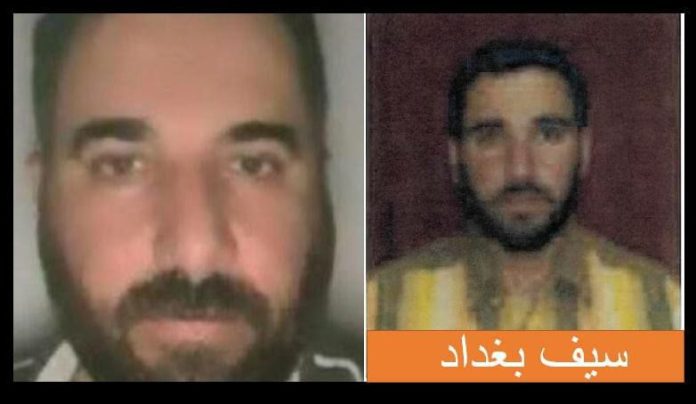 Starting in early October, intense clashes began to break out between ISIS-linked groups and elements of the Eighth Brigade, which is a Russian backed fighting group composed of former FSA fighters who reconciled with the Syrian government in 2018. The Eighth Brigade have been primarily tasked by Russia and Syria to carry out security operations and crack down on ISIS cells in the region.

On October 14, fighters of the Eighth Brigade launched operations against ISIS compounds used by terror cells in the Jassim neighborhood of Dar’a. According to reports at the time of the operation, six ISIS militants were killed, including one named Abd al-Rahman al-Iraqi. According to the Syrian Observatory of Human Rights, al-Iraqi killed himself after detonating a suicide vest while two other ISIS commanders, one Syrian and one Lebanese, where killed when fighters blew up the building they were hiding in.

About 20 people were killed in the ranks of ISIS, in Jassem, in the countryside of Daraa. Local sources deny the killing of the leader, Abdul Rahman al-Iraqi “Saif Baghdad,” and another indicates that he left the city to an unknown location on Saturday morning, October 15. pic.twitter.com/Zj0xy12DeY

Immediately following the operation, local sources began reporting on the ISIS leaders’ deaths, not knowing exactly who al-Iraqi potentially was. It is also now known that the fighters who took part in the operation were not specifically targeting ISIS leadership, rather than targeting known cell compounds.

S. #Syria: Abdul Rahman Al-Iraqi killed today in Jassem (N. #Daraa) is described as the #ISIS Emir for the Southern Region. He died w/ 3 of his men blowing up the building where he was entrenched after 36h of battle. Clashes resumed as more cells are uncovered. Curfew prolonged. pic.twitter.com/veIHMDvUkv

Was al-Iraqi the leader of ISIS?

At the time of his death, al-Iraqi was only identified as an ISIS commander who was in charge of terror operations in Daraa and southern Syria. The Syrian state-media outlet SANA, who later reported that al-Iraqi was in fact al-Qurashi, identified him as an “Iraqi national” who “led the organization’s operations and supervised its extension to Jordanian, Iraqi and Syrian lands, and has also been primarily responsible for the assassination plans that were being conducted in the northern region of Daraa.”

During an investigation, Journalist Wael Essam reported that al-Iraqi’s real name was Nur Karim Al-Matani and that he was from Rawa, Iraq. Essam interviewed those who knew al-Iraqi and said that he got involved with jihadism to avenge several members of his family who were said to have been killed by a government affiliated militia group in 2005. At some point, he joined ISIS and operated in the Baghdad area before going to Syria in 2014. As we know, he was a prominent figure in the terror group at the time of his death.

There are still many questions, however, particularly about the high ranking ISIS suspect captured by Turkey this year, who went by the name Bashar Khattab Ghazal al-Sumaidai. Before ISIS announced the death of its leader, al-Sumaidai was believed to be al-Qurashi. According to a Turkish indictment, al-Sumaidai joined ISIS in 2012 and quickly moved up the ranks, where he has close ties with ISIS figures such as Abdul Nasser Qardash and Abu Bakr al-Baghdadi. He was said to have held key positions in the terror group such as Justice Minister and Education Minister before the collapse of the self-proclaimed Caliphate.

Was al-Sumaidai the leader at one point and al-Iraqi replaced him after his capture? Was al-Iraqi never the ISIS Emir at all? It remains unconfirmed if al-Iraqi was the Emir, but based on CENTCOM’s assessment of where and when the leader of ISIS was killed, al-Iraqi fits the description for now.