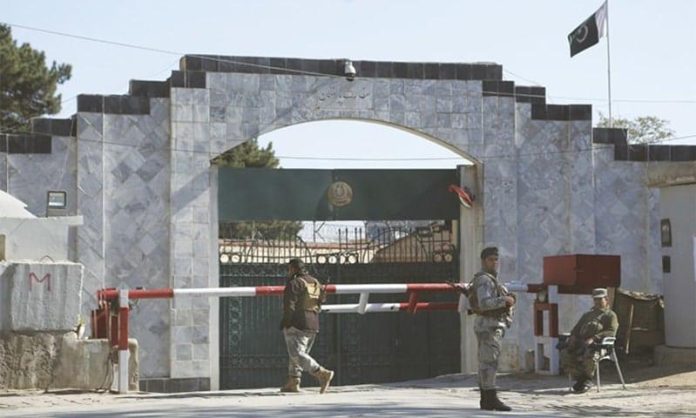 Unidentified gunmen opened fire on the Pakistan embassy in Kabul earlier today in an apparent assassination attempt of chargé d’affaires Ubaid Ur Rehman Nizamani. While Nizamani was unharmed, an embassy guard was critically wounded during the attack.

The status of the attacker(s) remains unclear at this time, as there are mixed reports that the shoot came from within the compound or from a nearby building.

In response to the attack, the Pakistani government released a statement saying they “strongly condemn the assassination attempt against the Head of Mission and the attack against the embassy compound in Kabul.” The statement went on to add that the “Interim government of Afghanistan must immediately hold thorough investigations in this attack, apprehend culprits, and take urgent measures to ensure the safety and security of Pakistani diplomatic personnel and citizens in Afghanistan.”

It is suspected that Pakistan may recall all remaining diplomatic staff back to Pakistan as the security situation in Afghanistan continues to deteriorate.

The Taliban-led government of Afghanistan has also condemned the attack and pledged to investigate.

Abdul Qahar Balkhi, Foreign Ministry spokesman, tweeted: “IEA will not allow any malicious actors to pose a threat to the security of diplomatic missions in Kabul. Our security will conduct a serious investigation, identify perpetrators & bring them to justice.” 2/2

It also remains unknown who carried out the attack at this time. A likely suspect would be that of the Islamic State– Khorasan Province (ISKP), who have ramped up attacks throughout the country since the Taliban takeover. The attack would also coincide with the recent announcement of ISIS leader Abu al-Hassan al-Qurashi by the terror group. ISKP had just recently pledged allegiance to the new Islamic State Emir a day before this attack.

The attack, however, also came as a ceasefire between Pakistan and Tehrik-i-Taliban Pakistan (TTP) collapsed.  The TPP had pledged increased attacks against Pakistani targets in retaliation for what it says is increased operations against them by Pakistani security forces. TTP is closely affiliated with al-Qaeda, who also have a growing presence in Afghanistan since the Taliban takeover.