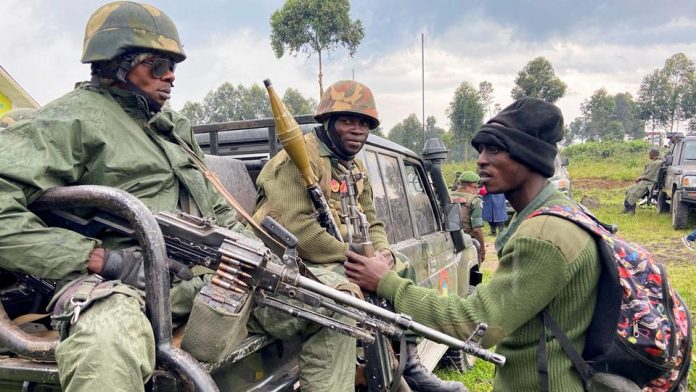 « We have sufficiently alerted to the ongoing genocide and condemn the silence of humanitarian and human rights organizations. We received more than 5,000 families in Bwiza fleeing the government coalition that is killing them. Enough is enough » -A tweet from both the M23 and Lawrence Kanyuka, a spokesman of the M23.

In a potential walkback, it appears the M23 rebel group in the Eastern DRC may not be withdrawing as they yesterday said they would. After claiming the government attacked their positions on December 6th, and renewing accusations of a Government genocide against Congolese Tutsi, the M23 has stated that they will not « stand by and watch civilian populations continuously being slaughtered by the said DRC government coalition, instead it is ready to intervene and stop these horrific massacres ».

This is one day after they said they would observe the ceasefire and withdraw. It may appear, however, that they have no intention of actually doing so.

Recently the government has accused the M23 of carrying out a massacre, which the M23 has denied, saying the government is attempting to « manipulate » the events. The government claims over 270 were killed.

Whether or not the government truly attacked the M23’s lines as they claim is presently unclear.