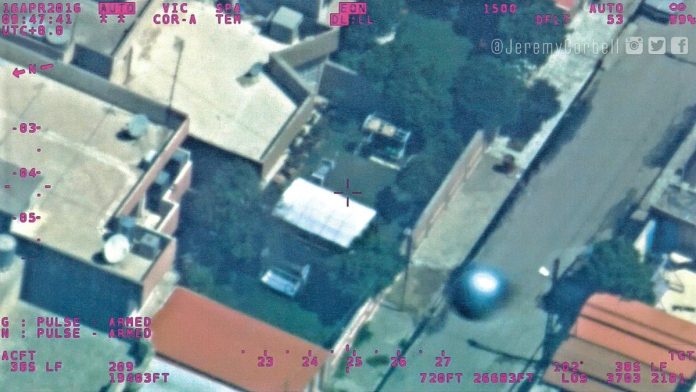 On Tuesday, documentary filmmaker and UFO enthusiast Jeremy Corbell published an image of a metallic orb, which was claimed to be taken from an American MC-12W ISR aircraft while over the city of Mosul, Iraq, in April 2016. At this time, Islamic State militants had complete control over the city and was just six months before coalition forces launched operations to liberate the city. According to Corbell, the orb is “officially designated by the US government and intelligence agencies as a UAP (Unidentified Anomalous Phenomena) and currently part of the active UAP investigations under the US DoD.”

MOSUL ORB : US military filmed UFO from an active conflict zone – officially designated by the US government and intelligence agencies as a UAP (Unidentified Anomalous Phenomena) and currently part of the active UAP investigations under the US DoD.

While everyone can debate about what the orb actually is, our team decided to geolocate the image to see if it was actually taken over Mosul… and it was.

Using information from the heads up display (HUD), we were able to confirm the image came from an MC-12W, but also got a good idea of where this was taken. In the bottom left we can see “38S LF,” which is grid measurement in the Military Grid Reference System (MGRS)/ Universal Traverse Mercator (UTM) format. Using simple conversion tools online, we were able to find the coordinates of the aircraft, however, the aircraft is not directly over where the image was taken. Taking into account the altitude, angle that north is facing, and the aircraft’s location, we got a good sense of its sight picture. From there, its just plain old GEOINT, or as I like to say guess and check on google maps. 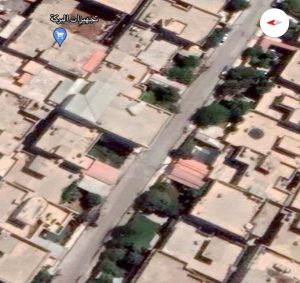 After some searching, we found a group of building that appeared very similar to the original picture, however, there was a massive building there. Knowing that new construction can take place over eight years, we used Google Earth Pro’s time machine feature to look back at imagery from 2016. 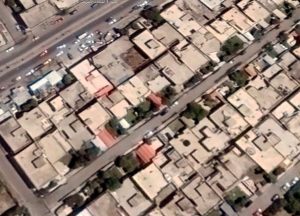 And Look at that, a perfect match. 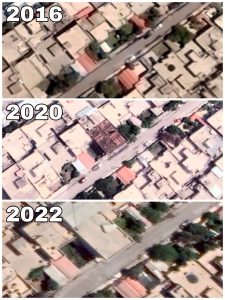 Here is a picture showing how the area changed over the years. 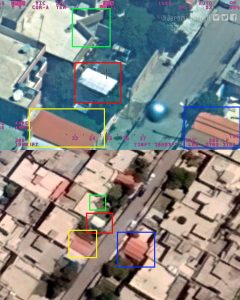