On July 12 President Biden and Mexican President Andrés Manuel López Obrador (AMLO) met at the White House to discuss drug, particularly fentanyl, trafficking amid a plethora of other topics. In a joint statement the pair confirmed they would see the creation of a new “U.S.-Mexico operational task force to disrupt the flow of fentanyl between their respective  countries”.

The rise of fentanyl has had deeply damaging effects, particular in the US as they face a growing opioid crisis. Last year the US saw a record number of overdose deaths, 107,000, with the majority being the result of fentanyl overdose. Fentanyl is a particularly strong form of synthetic opioid, which is often within, unknown to consumers, other opioids.

Fentanyl precursors are primarily sent from China, and increasingly India, to Mexico where drug trafficking groups make fentanyl often in clandestine factories. Mexico saw one of the largest fentanyl busts ever last week when over a half-ton of fentanyl was seized in a warehouse in Culiacán, Sinaloa.

The nature and operational action of this fentanyl task force is still unknown. Undoubtedly, the fentanyl crisis is deeply damaging. However, will a doubling down on drug-war rhetoric and action, attempting to dismantle the drug supply chains and criminalise users, be an effective strategy? 50 years of the war on drugs suggests likely not. 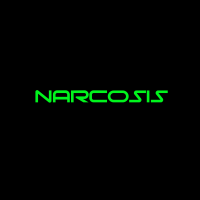