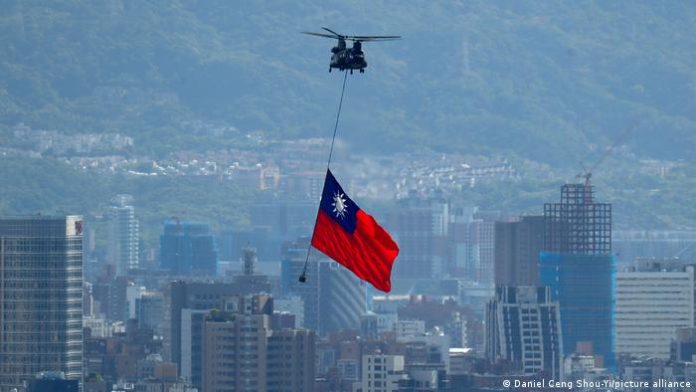 Pelosi was set to visit Taiwan back in April, but canceled her trip after she tested positive for COVID-19. Now, she is expected to make her visit sometime in August, however, this has not been confirmed by Pelosi or her office. President Biden stated last week that “I think the military thinks it’s not a good idea right now,” but added that he does not “know what the status of it is.” If the trip is to happen, she would be the highest level American official visit to Taiwan since former House Speaker Newt Gingrich in 1997.

Senior Colonel Tan Kefei, a spokesperson for China’s Ministry of Defense, echoed the warnings, saying the move would “seriously harm China’s sovereignty and territorial integrity, and seriously damage the political foundation of China-US relations,” adding “If the US insists on taking its own course, the Chinese military will never sit idly by, and it will definitely take strong actions to thwart any external force’s interference.” 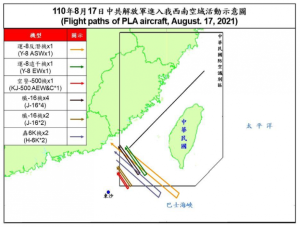 As of right now, it is unclear what China’s response would be if Pelosi were to visit Taiwan. While direct military confrontation is unlikely, China could potentially launch sorties into Taiwan’s  air defense zone (ADZ) as a show of force (example above). Such a move would likely see political backlash from Taiwan and the United States and further raise tensions more than they already are.

Unnamed defense officials told The Associated Press that if Pelosi goes to Taiwan, the US military would increase its movement of forces in the Indo-Pacific region, such as fighter and surveillance aircraft, as well as naval ships (likely the USS Ronald Reagan and its strike group). A more drastic response would be China establishing a no-fly zone over Taiwan, which would have the potential of pitting American forces in a direct confrontation with Chinese forces.

All of this is full of uncertainty, as it relies on if Pelosi visits. The prospect of the trip in and of itself has already raised tensions with China and it remains unclear if the trip will actually happen.