A European Union brokered emergency meeting on Monday between Kosovo and Serbia failed to resolve their ongoing license plate dispute, raising fears of “escalation and violence,” according to EU head of foreign policy Josep Borrell.

To understand the dispute, we need to look at a very brief history of Kosovo and Serbia ethnic relations regarding the dispute. Kosovo, which is majority ethnic-Albanian, declared independence from Serbia back in 2008, which Belgrade rejected as illegal. Kosovo’s Serbian ethnic minority is still predominantly loyal to Belgrade and also rejects Kosovo’s independence. In recent years, Kosovo’s government has sought to ban Serbian license plates issued before 1999, which are almost exclusively used by ethnic Serbs, and only allow license plates issued by the United Nations Interim Administration Mission in Kosovo (UNMIK) from 1999 to 2010 or Kosovo “RKS” license plates issued from 2011 and onward. Likewise, Serbia does not accept vehicles with RKS plates to cross the border, which are used primarily by ethnic Albanians. 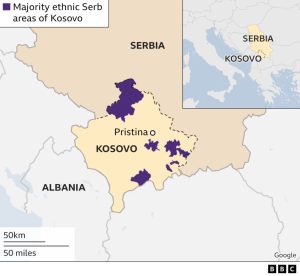 Political and ethnic tensions skyrocketed as Kosovo attempted to move forward in banning Serbian license plates and issuing fines for those who do not comply. To protest attempts to ban the license plates, ethnic Serbian police officers, judges, and government officials in Serb-majority municipalities in Kosovo resigned en masse in protest. The resignations have spurred fears of increased ethnic violence and political volatility.

While speaking to the press, Borrel said that “I think that there is an important responsibility on the sides of both leaders for the failure of the talks today and for any escalation and violence that might occur on the ground in the following days.” 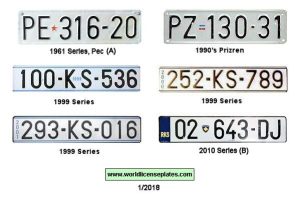 During the meeting, the EU proposed a solution that would involve Kosovo not punishing ethnic Serbs who continued to use Serbian plates while Serbia would cease issuing them in Serb majority areas of Kosovo. This proposal was accepted by Serbian President Aleksandar Vucic, but rejected by Kosovo Prime Minister Albin Kurti. While the exact details of the meeting are unknown, Borrell noted the two officials’ “lack of respect for their international legal obligations.”

After the meetings failed, Vucic claimed on state television that Kosovo special police forces had been sent to ethnic Serb areas of northern Kosovo as fines for the license plates are reportedly set to begin on Tuesday.

“This evening, the entire special police force from Pristina was deployed to four locations in northern Kosovo, including to the Srbrica-Zubin Potok highway. We should avoid confrontation and keep the peace. Serbia will comply with Borrell’s request and will not issue license plates, but Pristina will not do that. We will have to face a difficult situation. Serbs will be fined starting tomorrow,” Vucic said.